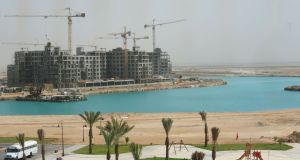 The new airport will be the gateway for what Saudi Arabia intends to be a luxury resort covering more than 28,000 sq km on its west coast.

DAA International, a subsidiary of the company responsible for Cork and Dublin airports, confirmed on Tuesday that The Red Sea Development Company (TRSDC) had named it as the operator for the project’s airport.

The new airport will be the gateway for what Saudi Arabia intends to be a luxury resort covering more than 28,000sq km on its west coast. The first phase, including the airport, should be completed at the end of 2022.

Ruled by the House of Saud, Saudi Arabia is under fire for human rights abuses, including the murder of journalist, Jamal Khashoggi, in its Turkish Consulate in Istanbul in 2018.

DAA maintains that as a State company, it adheres strictly to Government guidelines on the regimes and countries with which it can do business.

The Irish company will provide airfield and terminal operations, aviation services, facilities management, will oversee commercial activities, as well as corporate and financial services under its deal with the Red Sea developer.

TRSDC did not reveal the value of the contract on Tuesday, but it is understood to be a long-term deal.

John Pagano, chief executive of TRSDC, said the company chose DAA International because “we are confident that they can deliver not only an airport experience worthy of our luxury destination, but for their commitment to ensuring our sustainability goals are met”.

DAA International chief executive Nick Cole said the the Red Sea Project was an amazing development, adding that the Irish company was “thrilled to be playing a major part in it”.