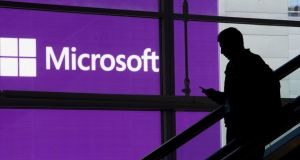 The vast majority of Irish people support strong privacy protection for their online data and want the Government to set a high bar in defending it, a new survey shows.

Nearly nine out of 10 people questioned believe foreign governments should not be able to demand personal information that is stored in Ireland without using proper international channels agreed with the Government.

The same number – 89 per cent – said that a company operating here should be subject to Irish law, not the laws of the country in which the company has its main headquarters.

The survey is the first broad study of Irish attitudes towards privacy following over a year of disclosures by whistle-blower Edward Snowden about large-scale, government-led surveillance of online data in the US and Britain.

Those revelations have raised questions about the rights governments have in general to demand access to online data held by private companies at home or abroad.

Commissioned by Microsoft from researchers Amárach, the survey comes as Microsoft is set to challenge a court order in the United States demanding it hand over emails held in a server in its Irish data centre. The emails are wanted for a criminal trial in the US.

Microsoft is arguing that acquiescing to the order – made in this case by a state government directly to a private company – would critically damage consumer and business trust in online and cloud-based services. It says law enforcement requests should instead be channelled through the Irish and US governments, using existing international agreements.

The case has sparked international business and political interest and concern.

Only 9 per cent of the 1,000-person sample believed Microsoft should hand over the Irish-based data.

The survey found that 71 per cent of people felt Irish people should not have to trade privacy and freedom for safety from crime and terrorism, with 86 per cent agreeing that a balance should be sought between the two objectives.

Some 83 per cent said the Irish state should prioritise protecting a person’s privacy and data, regardless of whether authorities outside the EU objected to this approach. The same percentage said it was in Ireland’s interest to enforce data privacy legislation in order to provide certainty for individuals and Irish-based foreign companies.

Some 65 per cent expressed concerned that ongoing legal uncertainty about data centre privacy in Europe could damage Ireland’s status as a technology hub, affecting jobs and investment.

“This case has important implications for Ireland and Europe. The Irish public and Irish industry strongly support the principles Microsoft is advancing in this case,” Microsoft Ireland managing director Cathriona Hallahan said in a statement.

“ Minister for Data Protection Dara Murphy is fully engaged on these issues, and we would ask the Irish Government to continue to provide its full support to protect Irish law, Irish citizens and Irish industry.

Mark Redmond, chief executive of the American Chamber of Commerce in Ireland said: “If the decision in this case is allowed to stand it will give an unprecedented level of access to data and undermines the certainty of the legal environment within which we are operating. This makes planning difficult and also threatens future investments.”