Company has been hit by allegations of compromised Netflix, Spotify accounts 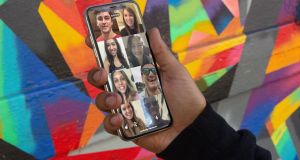 Video app Houseparty said it was investigating the possibility that it has been the victim of a smear campaign by a rival, and offered $1 million in a bounty to anyone who could help prove it.

The app, which allows people to video chat in groups of up to eight as well as play games together, has had surge in popularity as the coronavirus pandemic has led to restrictive social distancing measures. But in recent days it has been hit by allegations on social media that installing it gave people unauthorised access to other online accounts such as Netflix and Spotify.

The video messaging app, which is owned by Fornite maker Epic Games, has denied the claims. “We are investigating indications that the recent hacking rumours were spread by a paid commercial smear campaign to harm Houseparty,” the company tweeted earlier on Tuesday. “We are offering a $1,000,000 bounty for the first individual to provide proof of such a campaign to bounty@houseparty.com.”

When signing up to the app, users can connect their Facebook and Snapchat contacts, in addition to uploading their phone’s contact list to find people they know who are using the platform.

Houseparty said it does not collect passwords for other sites, and claimed it found “no evidence” of a breach.

“We’ve found no evidence to suggest a link between Houseparty and the compromises of other unrelated accounts,” a spokeswoman said. “As a general rule, we suggest all users choose strong passwords when creating online accounts on any platform. “Use a unique password for each account, and use a password generator or password manager to keep track of passwords, rather than using passwords that are short and simple.” – Additional reporting: PA