The Government is reviewing the R&D tax credit system, so how can it encourage growth? 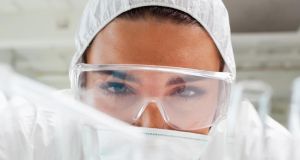 How do you encourage the next great invention? Many believe it would be achieved by introducing a tax credit for research and development. As the Irish R&D tax credit comes up for review by the Government, organisations are calling for a simplification of its administration, more certainty as to its availability and changes in support of SMEs.

Boosting profits, increasing market share, reducing costs and identifying the “next big thing” are among the main concerns of Irish company directors.

They are constantly looking for new ways to maximise revenues, get ahead in the game and come out with new products before anyone else. The solution to these concerns boils down to a single word: innovation.

Start-ups, SMEs and large multinationals across Ireland take chances every day in order to turn their ideas into innovations and their innovations into products.

These entrepreneurs and businesses are critical to Ireland’s economic growth and emergence from the crisis.

In an effort to spur on this innovation, the Government must create an environment that incentivises the development of new ideas by supporting entrepreneurs and businesses.


Tax credit
The R&D tax credit plays an important part in that, according to the Institute of Certified Public Accountants in Ireland. However, the institute believes the credit is not doing enough for small and medium sized enterprises.

Brian Purcell, chair of the CPA Tax Committee, said it was “broadly acknowledged” that the long-term solution to Ireland’s employment and economic problems lies with the SME sector and that this solution will be underpinned by innovation.

He points out that the Finance Act 2012 allows companies to surrender a portion of their R&D tax credit to certain key employees who have been directly involved in the R&D activities of the company, allowing them to effectively receive part of their salary tax-free.

“This was a hugely imaginative change brought in by the Government last year. By allowing companies to share the reward with the employees responsible for the innovation we can make careers in the science, technology and engineering sectors even more attractive.”

However, Purcell questions why many Irish workers were excluded from these rewards, with employees concerned unable to be a director of the company, connected to a director or have a material interest in the company.

“Given that the vast majority of innovative SMEs are loss-making in their early years, and this is the period when they most need incentives like this, it is baffling that the Government should impose such a restriction.”

Introduced in the 2004 Finance Act, the credit scheme for research and development provides that any company with qualifying R&D activities is entitled to a tax credit valued at 25 per cent of the expenditure incurred on these activities.

The credit operates by giving companies up to 25 per cent of their R&D expenditure (both revenue and capital) in a tax credit or in cash (subject to certain conditions).

The 25 per cent credit is available in addition to the 12.5 per cent corporation tax deduction at the standard rate.

Unused tax credits can be offset against a company’s prior year corporation tax liabilities, generating a tax refund.

The relief is generally available for R&D activities in a wide variety of science and technology areas such as software development, engineering, food and drink production, medical devices, pharmaceuticals, financial services, agriculture and horticulture.

Some locations have become bywords for innovation according to KPMG, Silicon Valley being one such example.

The Government hoped Dublin would become more well-known for innovation, with the tax credit attracting foreign direct R&D investment and encouraging existing R&D activity on the part of foreign-owned companies already in Ireland and indigenous enterprises.

It also hoped Ireland would become internationally renowned for the excellence of its research by 2013, and be to the forefront in generating and using knowledge for economic and social progress, within an innovation driven culture.

It seems the scheme is working, as Forbes magazine recently named Dublin as one of the seven best cities in the world to set up a business in.

Rising cost
However, the cost of the scheme is estimated to have risen significantly from €82 million in 2004 to about €224 million in 2010. Over the same period the number of companies availing of the credit increased from less than 50 to more than 1,200.

Budget 2009 introduced significant changes to the scheme, including an increase in the rate of the tax credit from 20 per cent to 25 per cent.

Given the level of costs associated with the scheme and that it is now four years since the last major change, in 2009, which allowed for a system of payable tax credits, the Department of Finance is now embarking on a review. It is hoping to analyse the impact of the tax credit on indigenous and FDI investments in Ireland and large company and SME activity.

“Minister Noonan says they want to review the credit to make sure they are getting value. We would be calling on the Government to ensure the credit is maintained,” Mr Hardy says.

“It is fundamental that we continue to innovate. To stand still is to die. Companies continually need to improve their offer and services and the R&D tax credit is central to this.”

Anna Scally, chair of the American Chamber of Commerce taxation working group, said more than 380 new R&D projects had been announced by multinationals since the introduction of the tax credit, adding that multinational companies accounted for more than €1.3 billion of a total of €1.9 billion R&D expenditure in Ireland in 2011.

She said the review being undertaken by the Department of Finance was a welcome opportunity to ensure that the credit remains “internationally competitive” and “effective in its policy goals.”

“We believe there is scope to enhance its ability to attract further investment. This can be achieved, for example, through providing a greater level of certainty as to its availability, and a simplification of its administration.”

Earlier this year, the UK government increased its R&D tax relief. In his budget speech George Osborne said research and development was “absolutely central to Britain’s economic future” and raised the relief from 9.1 per cent of R&D expenditure to 10 per cent.

It remains to be seen whether the Irish Government also believes investment in research and development, through a tax credit, is necessary for Ireland’s economic future.