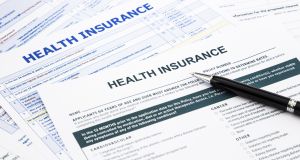 No wonder those premiums are so expensive - if you have private health insurance you’re paying a levy of €399 a year to the state.

Today, the Government is set to meet with the insurance industry to consider another levy to deal with the recent floods.

A levy would compensate insurers for granting cover to those living in flood stricken areas, and there is precedent for such a move - in the UK for example, the Flood Re scheme imposes a £10.50 (€14) annual levy on all household insurance policies.

However, it may be a levy too far for cash-strapped consumers, who are already paying out considerable sums on other levies and charges. Yes, the pensions levy - which brought in some €2bn for the state’s coffers during its lifetime - has now been abolished, but there are plenty of other costs.

Below, we take a look at some of heftiest levies Irish consumers pay, as well as those you may have forgotten about (plastic bags anyone?) and those you may simply never have been aware of (PSO on your electricity bill).

It’s a subsidy to support national policy objectives including securing the energy supply and the use of renewable energy sources in electricity generation. And it’s costing Irish consumers € 60.12 every year.

Since 2011, medical card holders have had to pay a levy on each prescription they are entitled to of €2.50 an item, with a cap of €25 a month, up from 50 cent when it was first introduced. In 2014, the charge brought in €120 million to the Government’s coffers.

If you forget to bring your own bags with you to the supermarket, you’ll be forced to buy some to carry your goods. If the bag costs you 30 cent, 22 cent of this will go the Government, thanks to the levy on plastic bags which was first introduced at a rate of 15 cent a bag in 2002.

Back in 2009 Government introduced a levy on the cost of health insurance of € 160 per adult, in order to compensate insurers with more older - and therefore more expensive - members. Since then however, the cost has soared by 159 per cent to €399, while the cost of the levy for children has also rocketed from €53 in 2009 to €135.

And that’s not all. Thanks to the introduction of Lifetime Community Rating last year, consumers who have not yet taken out private health insurance, will pay an extra 2 per cent levy on the cost of their insurance for every year after the age of 34.

This one applies only to the wealthy. A domicile levy of € 200,000 was introduced by the late Brian Lenihan when minister for finance in budget 2010, as a means of getting non-resident and wealthy Irish tax exiles who paid little or no income tax to “make a contribution to the State. About €2 million was raised from the levy in 2012.

Thanks to a history of insurance failures, stretching back to PMPA in 1983, Irish consumers have long been paying extra for the cost of home and car insurance. While the original PMPA/ICI 2 per cent levy came to an end in 1992, it was replaced by a general 3 per cent levy, or stamp duty, on non-life insurance.

In addition, consumers are also paying a 2 per cent levy due to the failure of Quinn, which was introduced in 2012 and may rununtil 2037. It brings in around €65 million a year.

So, a consumer with combined insurance policies costing €1,000 a year will incur a levy charge of about €50.

The controversial levy, introduced in 2015, means that households around the country are now paying for their water at up to €260 for a couple or family, and €160 for a single adult household. Households are also entitled to an annual water conservation grant of €100.