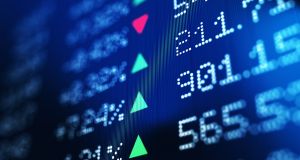 The consensus is that another decade of US outperformance is increasingly unlikely. Photograph: iStock

The last 10 years have been great for the US stock market, but the next 10? Not so much, says fund giant Vanguard.

It estimates US annual returns will be as much as eight percentage points lower over the next decade, with investors likely to earn between 3.5 and 6 per cent annually. Non-US markets look a better bet and are projected to return 7 to 9 per cent, due to “more reasonable” valuations and higher dividend yields, among other factors.

Vanguard could be wrong, of course, although others are similarly sceptical about the idea that the US can continue to outperform. Over the next five- and 10-year periods, US large-cap stocks are priced to deliver annual returns of 2.7 and 3.6 per cent respectively, estimates BlackRock, well below Europe, China and emerging markets.

UBS and JPMorgan also favour non-US markets, while Jeremy Grantham’s GMO is especially wary, estimating the US is priced to deliver losses of almost 6 per cent annually over the next seven years.

Some will see GMO’s forecast as extreme and will point out that the firm has been far too bearish on the US for almost all of the last decade. Still, the perma-bear label cannot be thrown at the likes of Vanguard and Blackrock. Even if US stocks do defy GMO’s pessimistic predictions, the consensus is that another decade of US outperformance is increasingly unlikely.