Stocktake: Short sellers are not the enemy 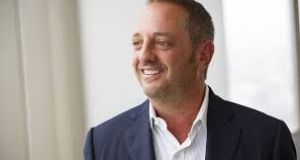 Citron Research’s Andrew Left says shorting is ‘not worth it for me or my family’. .

Retail traders on Reddit’s WallStreetBets forum lost a bundle when the bubble burst, but they can console themselves that they succeeded in one of their aims – hurting short sellers.

Until recently, a company’s stock price usually fell when activist shorts published research alleging malpractice or overvaluation. That practice is now dangerous, given the Redditors’ declared intention of piling into highly shorted stocks.

One of the world’s best-known short sellers, Citron Research’s Andrew Left, will no longer publish short-selling research. One can see why; not only did he suffer heavy losses in his bet against GameStop, his angry critics allegedly hacked into his social media accounts and sent abusive texts to Left and his two children. Shorting, said Left, was “not worth it for me or my family”.

Historically, shorts have been proved right in battles with companies like Wirecard, Quindell, Lehman Brothers, Anglo Irish Bank, Enron and WorldCom. These are not isolated cases; shorts “play an important role in detecting not just overpricing, but also fraud”, one study concluded.

Nevertheless, shorts have always been unpopular. Many Redditors see shorts as demonic, as do their brethren in South Korea, where almost 30,000 online traders came together and arranged for a bus to be driven around Seoul adorned with messages like “I hate short-selling.”

CNBC’s Michael Santoli puts it well: “People need to grow up and not get upset when someone suggests maybe some stocks are overvalued.”