Stocktake: Markets may price in tax hikes under Biden 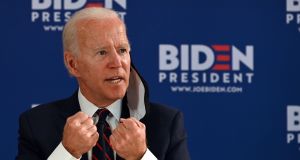 Investors have learned to live with Donald Trump over the last 3½ years, ignoring his temper tantrums while lapping up market-friendly policies such as corporate tax cuts and deregulation. Consequently, stocks tended to rise and fall in line with Trump’s election odds, with markets taking a ‘Trump good, Democrats bad’ viewpoint.

That has changed since March, with stocks gaining even as Trump’s election chances continue to tank. Are markets ignoring rising political risk? Not only is Joe Biden looking increasingly likely to win November’s election, the Democrats’ chances of controlling the senate rose to 58 per cent last week, according to predictions market PredictIt. Biden has proposed partially reversing Trump’s tax cuts and a Democrat clean sweep – winning both houses of congress as well as the presidency – would make such a scenario increasingly likely.

Biden’s tax hikes could cut S&P 500 earnings by 12 per cent, according to Goldman Sachs. Nevertheless, the companies facing the biggest tax hikes had continued to rally, prior to last week’s belated sell-off. No doubt, markets would prefer Biden to Trump in many other respects. Still, corporate tax hikes are not immaterial, so this is an issue markets may start paying more attention to sooner rather than later.

1 Should I switch bank now with Ulster Bank at risk of closing?
2 Tick all the right boxes when it comes to your house insurance
3 Will brother’s widow get half of our parents’ estate when they die?
4 Aldi and Lidl at back of queue during UK pandemic
5 Belfast mailbox address used by account holder in Russian money-laundering scheme
6 Finance Ireland refinances mortgages with low level of payment breaks
7 Aldi empire wracked by family feud
8 Swiss drug giant Roche pays €380m for Irish biotech Inflazome
9 EU watchdog calls for end to Covid loan payment breaks
10 Belfast connection to money laundering network, timber shortages, and ‘excessive’ damages for defamation
Real news has value SUBSCRIBE
Save money on international transfers