Single, married or cohabiting: Who pays the least tax?

Not getting married could cost you more than €400,000 in extra tax over 40 years 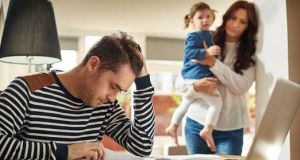 A cohabiting one-earner household with one child would benefit from a 9 per cent reduction in their effective tax rate at €50,000, which is €4,500 a year, if they were to get married. File photograph: iStockPhoto

It’s a truth universally acknowledged that a single man in possession of a fortune must be in want of a wife. Or at least he should be, if he wants to pay less tax.

There is still significant benefit to getting married in order to pay less tax in Ireland. If you’re single, or cohabiting where only one person works, you’re going to end up paying substantially more tax over the course of your working life.

When it comes to the transfer of assets, married couples or civil partners win hands down, as they’re entitled to tax-free transfers, while single people and cohabiting couples will face capital acquisitions tax (CAT) or capital gains tax (CGT).

Thanks to figures compiled for us by EY DKM Economic Advisory, we can see, when we look at income alone, who the Irish income tax system favours – and who it penalises.

If you want to pay less tax on your income every month, get married or have a child. Don’t give up your job and live with someone without getting married.

While society has moved forward in so many ways over recent decades, our tax system still exerts a “fiscal preference” for families – particularly those where the parents are married.

It’s now 18 years since Charlie McCreevy first brought forward the idea of individualisation, and the fruits of his policies are clearly being borne out today by those he targeted.

It should be noted, however, that due to individualisation, the same benefits are conferred on cohabiting couples where both work. As Darragh McCarthy, head of private client services at EY, notes, the only benefit for a married couple over a cohabiting couple from an income tax perspective is on incomes up to €24,000, where the left-over relief on the standard rate band can be shared.

“Once you’re above that it’s as if you’re earning on your own account so there is no ostensible benefit to being married on the income side,” McCarthy says.

Otherwise, the tax system treats such couples the same.

This means that a married couple with joint income of €25,000, with two earners – or indeed a cohabiting couple with two incomes – will pay no taxes on their income.

Similarly, our top-earning married couple, on a joint income of €150,000, will have an effective tax rate (ETR) of just 36 per cent, indicating that they will give up about €54,301 of their income in tax. While it is still a significant sum to lose, it is far less – 11 per cent, in fact – than what a one-income family would get to keep, and it is the lowest ETR across our cohorts.

If the winners are married couples, with one or two incomes, and cohabiting couples with two incomes, who are the losers?

It’s the singletons. If you’re “single” in the eyes of tax law, then you might not like how the system treats you.

If you’re a single person, you are going to pay the most tax on your income. And if you are cohabiting with someone else who doesn’t work, you will be treated the same as a single person who is not in a relationship.

Given such a disparity, McCarthy argues that the tax treatment of cohabiting couples is “ripe for review”.

A study from the OECD earlier this year found that single workers with no children are bearing the brunt of Ireland’s personal tax regime, and this is borne out yet again in our analysis.

For example, a cohabiting one-earner household with one child would benefit from a 9 per cent reduction in their ETR at €50,000, which is €4,500 a year, if they were to get married.

The difference in how much tax people pay is greatest at lower levels of income. A single person, for example, earning €25,000, will give up 13 per cent of their income in tax, or about €3,148 a year. On the other hand, our married couple with two earners – but the same income – will have to give up zero a year. And it doesn’t matter if this couple have children or not – their tax bill will still be zero.

This can affect a single person’s financial standing massively over the course of a lifetime. A married couple on this income – both of whom may only be working part-time – will have about €125,000 more in their bank accounts after 40 years, thanks to their zero tax bills. The single worker, on the other hand, faces a steep penalty for not being married.

A single person, or cohabiting couple with one income, earning €100,000 in total will give up €38,511 in tax a year. Our married couple with one earner, on the other hand, will only lose €35,061, while a married couple with two incomes will lose €28,301 a year. So, despite earning the same income, our single earner will pay €408,400 more in tax over 40 years – enough for them to have retired years earlier, perhaps.

If a single person, or cohabiting couple with one income, have a child, then their finances – at least from a tax perspective – will improve

According to McCarthy, a particular anomaly is the lack of a home carer credit to cohabiting couples with children.

“The home carer credit should be extended to all working persons,” he says, noting that it will increase significantly, from €1,200 to €1,500 in January, on the back of October’s budget.

Another anomaly lies in the aforementioned civil partnership act, which provides for one member of a cohabiting couple to inherit a property free of capital gains tax where they haven’t been provided for in a will.

But, if they have been provided for in a will, and are not married, then they’ll face a hefty CGT/CAT bill.

If a single person, or cohabiting couple with one income, have a child, then their finances – at least from a tax perspective – will improve. But they still won’t be as beneficial as the tax break a married couple with two incomes enjoy.

For example, a single worker on €25,000 will see their tax take drop by almost half to € 1,498, and their ETR from 13 per cent to 6 per cent. But it is still significantly more than what a married couple with two incomes and a child pays, which is nothing.

And it is greater also than the married couple with one earner, who will see their tax bill drop to just €2 a year, thanks to two personal tax credits, and the addition of the home carer’s tax credit.

Also of note is the fact that a cohabiting couple with one income and a child will actually fare worse than a single person, because at least the singleton will enjoy a “single person child carer credit” of €1,650 a year. Or at least the parent who cares for the child most of the time will – the other parent will enjoy no such benefit.

Instead, they will be treated the same as the cohabiting couple, and will face a tax bill of €3,148 on their income.

Again, the differential shrinks as income grows. On total income of € 150,000, for example, a cohabiting couple with a child and one income will pay the highest ETR, at some 43 per cent, giving up some €64,511 in tax.

Again, this is more than our single parent (€62,861) who has an ETR of slightly less, at 42 per cent. But it’s substantially more than our couple where both work. They enjoy the lowest ETR, of 36 per cent, which means that they pay more than €10,000 less in tax every year.