Sell in May and go away: is it a myth or a stock market reality?

Studies show markets tend to stagnate in summer, but why they do is still a puzzle 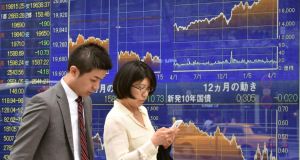 The old “sell in May and go away” adage invariably does the rounds at this time of year. Is it a silly market myth or is there something to the notion that the summer months tend not to be golden ones for investors? If so, why?

There’s nothing especially bad about May itself, according to the US-focused Stock Trader’s Almanac; since 1950, minor gains have been eked out during the month, making it only the fifth worst month of the year.

However, investors are generally better off going fishing at this time of year, it says. While a $10,000 November-April investment in the Dow Jones Industrial Average would have compounded to over $800,000 over the last 65 years, investors would actually have been nursing a small loss if they had invested only in the May-October period.

While some sectors perform better than others, all perform worse over the summer months, according to one study examining US returns over the 1926-2005 period.

Over the entire 319-year period studied, a ‘sell in May’ strategy, whereby investors exit stocks and hold risk-free treasury bills during the summer months, would have returned three times more money than a buy-and-hold approach. Summer underperformance persisted in all 50-year and 100-year periods.

The strategy would have outperformed a buy-and-hold approach in 63 per cent of years over the last three centuries and in 71 per cent of two-year periods. Investors with longer horizons have “remarkable odds” of beating the market by adopting a ‘sell in May’ strategy, according to Jacobsen: 82 per cent for investment horizons over five years and 92 per cent for horizons over 10 years.

Ireland is no different, according to a 2001 paper by Irish academics Brian Lucey and Shane Whelan. Between 1934 and 1999, stocks barely budged between May and October, compared with gains of 7.3 per cent over the November-April period.

The Halloween Indicator: Everywhere and All the Time

Overall, annual market returns between November and April were 4.52 percentage points greater than the May-October period, according to the study, with a sell in May trading strategy beating the market in more than 80 per cent of five-year periods.

The gap was most obvious in Europe, the US and Asia, with Japan being the most obvious example – there, November-April returns exceeded May-October by 8.3 percentage points annually.

Prof Jacobsen’s UK study found the effect was not particularly significant in the 18th century and was “sometimes negative” during the early 20th century.

Others note that Jacobsen’s 319-year study only looked at index returns; if one includes dividends – a huge component of overall market returns – the attractiveness of a timing strategy that keeps one out of the market for half of the year is greatly diminished.

Others argue that even if the ‘sell in May’ effect is not a fluke – that is, if it is a genuine, exploitable stock market anomaly – then surely investors will get wise to it, and the effect will vanish in coming years.

Certainly, it is true that market anomalies typically disappear once they become well known. However, ‘sell in May’ advocates point out the strategy has been well known among ordinary and institutional investors for some time. Way back in May 1935, the Financial Times referred to how some investors were “drawing in their horns on the basis of the old adage, ‘Sell in May and go away’”.

A 2005 Telegraph article quotes one old stockbroker who remembers the adage being commonly used when his career began in 1934. Academics have been actively discussing the matter since Prof Jacobsen’s seminal 2001 paper.

Far from vanishing, however, Jacobsen argues the effect has “dramatically increased in strength” over the last 50 years, with winter returns exceeding summer returns by 6.25 percentage points annually. Again, Ireland conforms to this pattern – between 1970 and 1999, Irish stocks returned an average of 11.8 per cent between November and April, but actually declined between May and October. Other studies indicate international equity markets have also continued to perform more poorly in the summer months over the last decade.

In the past, wealthy investors tended to depart for their country estates in the summer, leading to lower trading volumes and less buying pressure. While that image may seem quaint today, money managers continue to holiday in summer. A study last year found this may well account for lower summer returns. Nevertheless, this suggestion raises the question as to why stock returns are also lower in southern hemisphere countries, where a different seasonal pattern might be expected, between May and October.

Seasonal affective disorder has been mooted as a possible cause, as has the notion of an optimism cycle. The latter posits that towards year end, investors tend to become overly optimistic as they look forward to the new year. Several months into the new year, reality slowly dawns, causing a summer lull. This idea is supported by earnings evidence – analysts are perennial optimists, beginning the year with sunny profits forecasts only to be forced to revise estimates downwards as the year progresses.

However, all explanations remain unsatisfactory in one way or another. The search for a fundamental catalyst has proved an elusive one thus far.

For example, even though value investing strategies have been proven to beat the market, research indicates value investors have actually underperformed. Why? They stray from the original approach, especially when times get tough, and bad market timing costs them dearly.

It’s easier to stick to an investing strategy if one understands the rationale behind it. How would you feel if you sell your stocks in May only to witness a big rally over the coming months? What if the same pattern plays out over the coming years?

In such cases, many investors will surely wonder if the historical pattern is no longer valid or ask if the whole thing is just a statistical fluke.

Other complications – transaction costs, taxes, foregone dividends – mean many may well end up bailing out on the strategy.

Stock markets may well be prone to summer stagnation, as the old adage suggests, but – crucially – we’re no closer to figuring out why this should be the case. The ‘sell in May’ effect remains, as Prof Jacobsen puts it, “a puzzle”.