Revenue damned for trying to play fair on gift tax 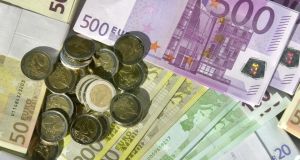 One Revenue official said the reason for the changes to the tax treatment of gifts was precisely to prevent compliant taxpayers being disadvantaged. Photograph: Alan Betson

In times of austerity, it can sometimes seem that all the odds are stacked against the little guy. And so it was, with the revelation this week that a hitherto unknown provision in the Finance Bill could fundamentally alter the rules on the tax treatment of gifts from parents to their adult children.

The Revenue found itself at the centre of a storm as people argued that, instead of putting a monetary value (and a tax liability) on every minor element of family life, the tax authorities should focus instead on tax dodging by “fat cats”.

It was all a bit unfair really. In fact, Revenue was tightening up the rules on gift tax precisely because of clear evidence that high net-worth individuals – the fat cats of popular lore – are using the existing provision as a form of estate planning, channelling major sums to adult offspring to avoid inheritance tax due to reduced capital acquisition tax thresholds.

As one Revenue official told Cantillon, the reason for the changes was precisely to prevent compliant taxpayers being disadvantaged.

While the €225,000 lifetime limit on gifts and inheritances from parents before tax kicks in may seem like a generous threshold for most ordinary people, it has somewhat crimped the style of certain individuals more suited to the €542,000 threshold that prevailed in 2009.

Revenue says quite clearly that law firms and tax advisers have been using the exemption to allow wealthy clients avoid tax on major capital gifts, claiming that items such as cars and houses are for maintenance, support or education of adult children and that, given their wealth, such gifts are normal for these families. Maybe so, but it was never what the exemption was designed to cover and it is very hard to argue against it being tightened.

It was top law firm Arthur Cox which raised the spectre of adult children having to apply a notional cost to bed and board in their parents’ home. Revenue has now disclosed that law and tax firms and their representative bodies were told before the storm broke that it had no intention of imputing a value to such items.