Pension trustees are taking on too much risk 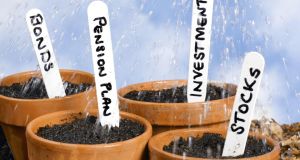 The Pensions Authority has warned that trustees are putting their members’ financial health in retirement in danger by opting for higher risk investments. (Photograph: Peter Dazeley/Getty)

The Pensions Authority has warned that trustees are putting their members’ financial health in retirement in danger by opting for higher risk investments.

In its annual review, published on Monday, the Authority said that is has found that scheme trustees “are choosing, consciously or otherwise, higher risk investments in order to achieve the investment return they need”.

Given the low interest rate environment, the Authority is concerned that trusttees are looking for higher returns which come at a greater risk.

“The overall situation is one where many trustees are relying on equities to outperform bonds in order to meet their liabilities,” said pensions regulator Brendan Kennedy, noting that such a strategy entails “considerable risk”, which will fall especially on the younger members of the schemes.

“High risk is not an appropriate approach to take where the benefits cannot otherwise be afforded,” he said.

The report also reveals the declining interest in sovereign annuities, which were introduced in 2011 as a way for Irish pension funds to secure pensions at a lower cost. According to the Authority, there were no new sovereign annuity policies certified in 2014.

During 2014, eight schemes purchased sovereign annuities, and the total premium amount was over € 70m, which enabled the purchase of approximately € 4 million in pensions per annum. This compares with a premium amount of €400m in 2013.

The move away from final salary or defined benefit (DB) schemes was also evident, with membership of such schemes falling by 27,334 and those joining defined contribution (DC) schemes increasing by 21,944.

The Authority said that some 60 per cent of DB schemes, which aren’t being wound up, were in compliance with the funding standard, which was introduced in 2012, as of end-2014. Of the remainder, all bar 30 have agreed proposals designed to bring the scheme into compliance with the standard.

“It is a source of considerable concern where schemes have not yet addressed a funding deficit. The Authority is fully prepared to use its powers under the Pensions Act to direct trustees to reduce benefits or wind-up schemes, where necessary,” Mr Kennedy said.

With regards to enforcement, the Authority said it concluded 30 prosecution cases during the year, securing convictions in 19 cases. The Authority opened 75 new investigations into various alleged breaches of the Pensions Act.

“The alleged breaches varied from deduction and non-remittance of pension contributions to failure to reply to a statutory request for information,” the Authority said.

A key concern outlined by Mr Kennedy was the alleged failure of employers to remit pension contributions to their pension scheme.

“Despite the improving economic environment, the volume of these cases is not falling,” he said.

Looking to 2015, chairwoman Jane Williams said that the Authority has begun work with the Universal Retirement Savings Working Group, which was set-up by the Tánaiste, Joan Burton, TD, to develop a roadmap and timeline for the introduction of a new supplementary workplace retirement saving scheme.