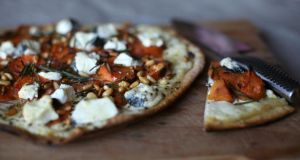 Rudolf-August Oetker was weeks away from becoming an officer in Nazi Germany’s Waffen-SS when he received word that his mother, two stepsisters and stepfather had been killed by an Allied bomb dropped on their family home in Bielefeld, Germany. The loss wasn’t just a personal tragedy for the 28-year-old cadet. It was a blow to one of Adolf Hitler’s front-line suppliers, Dr. August Oetker OHG, whose dry goods were being shipped to German soldiers fighting in the second World War.

Oetker was granted permanent leave from his duties to take control of the family business in October 1944. Over the next six decades, the former SS officer, who trained at Dachau concentration camp, would add interests in shipping, food, beverages, banking and hotels, creating a conglomerate that has more than 26,000 employees and €10.9 billion in annual revenue.

“People at the company still regard him as a hero, who made the company big after the war,” Sven Keller, co-author of an Oetker-commissioned study about the family’s involvement with the Third Reich, said in an interview in Munich. “One needs to see both sides of the person.”

Each of the Oetker children and their families control 12.5 per cent of Bielefeld-based Dr August Oetker KG, which serves as a holding company for the businesses, according to Jorg Schillinger, the entity’s spokesman. He said the siblings declined to comment.

“They’re very stable as a dynasty,” Rudiger Jungbluth, author of “Die Oetkers,” a biography of the family, said in an interview at a Bavarian restaurant in Hamburg last December. “They didn’t move their holding to Switzerland as other German business families did.”

The fortune originated in 1891, when August Oetker, a pharmacist, started selling storable baking powder that didn’t change the taste of baked goods. He was also the first in Germany to develop single-use packages of baking and pudding powder, according to the biography. His only child, Rudolf, was killed during the Battle of Verdun in France in 1916, while serving as an officer in the German army. Three years later, Rudolf’s wife, Ida Meyer, married Richard Kaselowsky, a close friend of her late husband. Kaselowsky and Louis Oetker, a younger brother of August, took charge of the business in 1921. The two men built additional factories and diversified into other businesses in Germany, including sewing machine manufacturer Kochs Adlernaehmaschinen Werke AG and phosphates producer Chemische Fabrik Budenheim AG. By the time Louis Oetker died in 1933, Kaselowsky had become a member of the Nazi Party and Adolf Hitler the country’s chancellor. In the late 1930s, Kaselowsky joined the Freundeskreis Reichsfuehrer SS, an elite group of businessmen and Nazi officials brought together by Heinrich Himmler, head of the SS and organizer of the Holocaust, according to the 624-page study, which was released last October.

“He was a Nazi by conviction, and interested in gaining a reputation and close contact with leading party officials,” said Jungbluth. The company contributed to the Third Reich’s war machine by initiating joint food ventures with the SS and German army in the late 1930s, and delivering pudding and baking powder to the troops during the war. The study also found that Kochs Adler, then majority-owned by the family, produced howitzer grenades and parts for MG 42 machine guns, and staffed its factories with foreign slave laborers during the war. Its chemical business, Chemische Fabrik Budenheim, also used prisoners of war.

“Kaselowsky and the Oetker businesses took the opportunities the regime offered them,” said Keller. “They planned for a victorious war, making sure that the soldiers at the front got their pudding.”

Kaselowsky’s stepson, Rudolf-August Oetker, was drafted into the German army in 1940 and volunteered for the SS the following year. He began his officer’s training in 1942. As part of his training, Oetker enrolled in courses at Dachau concentration camp northwest of Munich, where one of the SS officer’s schools was based. Camp prisoners were forced to clean the aspiring officer’s rooms, according to the study.

“It was an ideological decision,” said Keller. “You didn’t sign up for the Waffen-SS if you weren’t convinced that Nazism was the right thing.”

Oetker was arrested by British forces in May 1945. He was cleared in denazification hearings and returned to the helm of the company two years later. The timing couldn’t have been better, as Germany’s rapid return to affluence -- known as the Wirtschaftswunder, or economic miracle -- propelled his ascent as one of Germany’s foremost industrialists.

“He had an exceptionally good position to do business after the war, because of Germany’s monetary reform and low inflation,” said Jungbluth.

Oetker married his third wife, Maja von Malaise, in 1963, and had the last of his eight children, Alfred, Carl Ferdinand and Julia. He retired as general partner of the conglomerate’s executive board in 1981, and was succeeded by his oldest son, August. Oetker spent his retirement collecting art and expanding the company’s luxury hotel chain, whose properties include Hotel du Cap-Eden-Roc in Cap d’Antibes on the French Riviera, Brenners Park-Hotel and Spa in Baden-Baden, Germany, and Hotel Le Bristol in Paris.

He remained chairman of the group’s advisory board until his death in January 2007, five years after he transferred the majority of the holding shares to his eight children and their families, according to “Die Oetkers.”

His oldest child, Rosely Schweizer (73), worked at the family’s sparkling wine and spirits company, and served as the conglomerate’s advisory board chairwoman until 2010. Her half- brother, August Oetker (69), became the advisory board chairman in 2010, and was succeeded as general partner by his younger brother Richard (63), who is best known for being kidnapped in the parking lot of his university campus in 1976. The young Oetker was held for 47 hours in a wooden box, where he received electric shocks, an event that left him disabled. He was freed after his father paid a ransom of 21 million deutsche marks ($14.5 million). The episode was made into a movie, “Dance with the Devil,” in 2001, and starred two-time Academy Award winner Christoph Waltz as the kidnapper. Richard’s sister, Bergit Douglas (67), a Frankfurt-based interior designer, redesigned some of her family’s luxury hotels and is married to Christoph Douglas, an art consultant and former head of Sotheby’s in Germany.

Christian Oetker (65), is retired. He was responsible for the food division’s market research, according to the conglomerate’s 2012 annual report. Alfred Oetker (46), serves on the group’s advisory board and lives in a canal house in Amsterdam with his wife, Elvira. Carl Ferdinand Oetker (41), studied economics and international relations at Brown University and has worked at Bankhaus Lampe since 2004. His younger sister, Julia (35), has worked at the Ritz-Carlton Hotel in Berlin and the Marriott Hotel in Hamburg, according to her LinkedIn profile. “They’ve a big amount of entrepreneurial talent throughout the generations,” said Jungbluth. “It’s truly a family business.”

While their father’s business has made the eight siblings billionaires, his involvement with the SS, which he never discussed with his children, left them with questions about their past. The commissioned study answered their concerns. “My father was a National Socialist,” August Oetker said in an interview with Germany’s Die Zeit newspaper in October. “Now that we know the facts, the fog has lifted.”