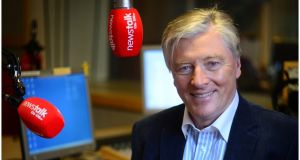 Pat and his wife, Kathy, are the only two directors of the firm and the aggregate pay to the two last year decreased from €430,066 to €408,099.The sharp increase in profit at the firm was achieved last year in spite of the company writing down the value of its financial investments by €120,000.

The retained profits of the firm have soared since Kenny’s move to Newstalk in 2013 from RTÉ as the broadcaster has mixed his radio work with TV work at TV3 and UTV Ireland.

Kenny turned 69 earlier this year and remains in demand from TV executives, with the broadcaster currently fronting a TV3 current affairs show every Wednesday – last October, 173,000 viewers tuned in to see Kenny in his new role at TV3.

In an interview at the time, Kenny said the Pat Kenny Tonight show will “probably” be his last big current affairs series on television.

Kenny announced his departure from RTÉ in July 2013 and, at the end of June that year, his firm had accumulated profits of €458,059.However, the accumulated profit of the company has almost tripled to €1.19 million in the subsequent three years since his exit from Donnybrook.