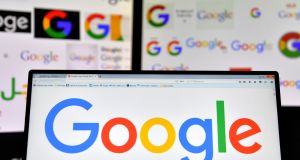 Google is to stop all advertising relating to the Eighth Amendment, amid concerns about the integrity of the vote. Photograph: Loic venance/AFP/Getty Images

A move by Google to stop all advertising relating to the Eighth Amendment, amid concerns about the integrity of this month’s referendum, has received polarised responses from campaigners on either side of the abortion divide.

The decision applies to all Google’s advertising platforms, including AdWords and YouTube, and will come into effect from Thursday.

Ailbhe Smyth, co-director of the Together for Yes campaign, said the move by Google “creates a level playing field between all sides, specifically in relation to YouTube and Google searches”.

She said campaigners can now “seek to convince the Irish electorate by the strength of their argument and power of personal testimony, not by the depth of their pockets”.

However, the Pro-Life Campaign, the Save the 8th group and the Iona Institute criticised the decision which they said amounted to Google “shutting down a free and fair debate”.

The groups held a joint press conference in the wake of Google’s announcement at which they said the move was taken because of fears of the No side will be victorious in the campaign.

Announcing the move, a spokesman for Google said: “Following our update around election integrity efforts globally, we have decided to pause all ads related to the Irish referendum on the Eighth Amendment”.

On May 4th, Google announced it would roll out a verification process for election ads in the United States. The decision about the referendum campaign is linked to that process.

The move comes a day after Facebook said it would no longer accept advertising relating to the Eighth Amendment from organisations outside Ireland. There had been calls for Google to follow suit.

The decision also brings it into line with messaging app Twitter, which has not allowed any advertising in relation to the referendum from the outset.

This is in line with Twitter’s general policy on advertising, which restricts the promotion of various health issues, including abortion advocacy and abortion clinics.

Concerns had been raised that foreign groups would use online advertising to help sway the referendum results.

Taoiseach Leo Varadkar has welcomed the decision by social media giant Facebook not to accept abortion referendum advertisements paid for by foreign organisations.

Mr Varadkar told the Dáil that Facebook had “made the right decision” to stop such advertising but that Google “has gone a bit further in not accepting advertisements altogether to do with the referendum”.

“Whether that’s a Yes ad or a No ad, we hold by the principle that foreign money shouldn’t be used to influence elections and referendums in this country,” he said.

The anti-abortion groups claimed the decision taken on Wednesday makes it more likely that the outcome of the referendum will be challenged.

A statement from the three No campaign groups called the move “scandalous, and it is an attempt to rig the referendum”. Google was also challenged to substantiate its statement about the integrity of the vote.

“It is very clear that the Government, much of the establishment media, and corporate Ireland have determined that anything that needs to secure a Yes vote, must be done.”

“Following on from Facebook’s announcement yesterday, this announcement by Google is further welcome news,” he said. “Indeed, like Twitter, Google are going further than Facebook and banning all referendum related advertising.

“This is not about which side of the referendum you’re on, Yes or No. It is about protecting the integrity of our referendum and political system.”

Although there are no official figures for spending on campaigns related to the amendment, there has been a noticeable increase in advertising as the referendum date draws closer.