Facebook gains on Google in influence over Irish consumers

It quadruples its share of traffic delivered to ecommerce sites, but mobile lags on purchases 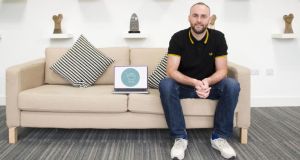 Google still delivers more than two-thirds of traffic and revenue to Irish ecommerce sites, but Facebook’s influence on consumer purchasing behaviour has shot up, a new study by Wolfgang Digital has found.

About 5 per cent of the traffic to the ecommerce sites in its study came via Facebook, which has quadrupled from 1.3 per cent since a similar study in 2014.

The social network is likely to have an even greater role in how online shoppers typically research and decide upon what to buy. This is because Facebook is strong on mobile, the device that generates the most traffic for ecommerce sites, but “seriously underperforms” when it comes to generating revenue, says Wolfgang Digital founder and chief executive Alan Coleman.

This doesn’t mean the buzz around mobile is misplaced or a case of emperor’s new clothes, he says. The “palm-sized emperor is clad in Gucci”, Coleman concludes, with a strong correlation between sites that have high mobile traffic and sites that have high overall conversions of visits to purchases. In other words, retailers that are good at mobile do better.

Mobile is our “decision device”, but for practical reasons, including the size of the average thumb and reluctance to whip credit cards out in public places, consumers tend to use desktop computers to “seal the deal”.

For its study, Wolfgang Digital analysed 87 million ecommerce website sessions and some €230 million in online revenue for the 12 months to the end of June, in an attempt to track the ecommerce “path to purchase”.

Participants included Harvey Norman, Lifestyle Sports, Littlewoods Ireland and the Guinness Storehouse, as well as a “large bank” of companies across the retail and travel sectors that wished to remain anonymous.

The statistics in the study are averaged on a per-website basis, so that websites with high levels of traffic did not skew the figures, and the traffic and revenue is attributed on a last-click basis.

Despite accounting for about 38 per cent of digital marketers’ budgets, digital display advertising did not register as a significant source of traffic to the ecommerce sites examined.

“The display industry would argue that the role of display isn’t to generate a click, the role is to generate awareness. But 38 per cent of a budget is a lot to spend on something with no clear metric tracking its performance,” Coleman argues.

He is firmly of the view that the old marketing adage “I know half my advertising budget is wasted, I just don’t know which half” – attributed to US department store owner John Wanamaker, who died in 1922 – should be regarded as a 20th-century problem. Lack of measurement is no longer the issue, he says. Instead, digital marketers are “drowning in a sea of data” with little time to analyse it. Its ecommerce study endeavours to do that.

Retailers can be “emotional”, Coleman says, about their website bounce rates, or the percentage of visitors who disappear after one page. “They feel they are being rejected, but we found zero correlation between bounce rate and conversion rate,” he says.

It makes much more sense to concentrate on improving site speed, which will also help improve a site’s Google ranking. Wolfgang calculated an average page-load time of 6.43 seconds for the sites in its study, with an average of six pages visited in a session.

Retailers can also be “very sensitive” about the rates at which they convert site visitors to transactions. In this study, the average was 1.5 per cent.

Coleman has found that ecommerce sites with higher conversion rates tend to have particular features or do particular things. They spend money on Google AdWords advertising, they have higher-than-average traffic from mobile devices, they have more repeat customers and they have quicker site speeds. Size matters, too, with the websites that enjoy higher volumes of traffic also enjoying higher conversion rates.

Online-only retailers have a conversion rate of 2 per cent, compared to 1.1 per cent for multichannel retailers that also have bricks-and-mortar premises, to which web browsers may be planning a real-world shopping trip.

Some large retailers can track the online origins of a physical transaction. If, for example, a customer is auto-logged into their sites when they research a purchase and then uses a loyalty card when proceeding to make that purchase in-store, the retailer knows to attribute the purchase back to online browsing.

Direct visits to ecommerce websites were the third-biggest source of traffic and contributor to revenue in Wolfgang’s study, behind organic searches from Google and paid ads on Google. Email came in ahead of Facebook for both traffic and revenue, and delivered as much traffic as all social channels combined, highlighting the value of developing a large, loyal customer database, easily tempted by email prompters.