Facing the music: how China is buying Germany’s piano industry

As firms are snapped up, the result may pose a threat to a treasured European institution 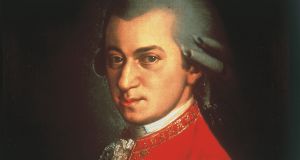 Mozart is now hugely popular with children in China 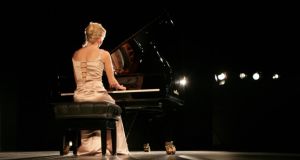 Going out on a high note: pianist Gesa Luecker plays a Wilhelm Schimmel 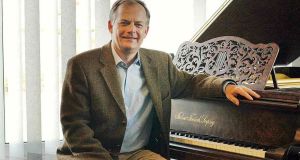 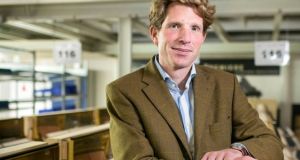 Imagine the reaction if Chinese investors moved in to snap up Volkswagen. Following the shock and awe in Germany, media comment around the world would gloat over how the chill winds of globalisation had finally blown down a proud giant of German engineering.

But in Braunschweig, 30 minutes down the road from Volkswagen’s Wolfsburg headquarters, the same scenario is playing out in another German-dominated sector.

For 131 years, Wilhelm Schimmel produced pianos here with a warm, golden tone. But in January, the Schimmel family sold a 90 per cent stake to China’s state-owned Pearl River piano company.

It was a difficult choice for company president Hannes Schimmel-Vogel but, after several insolvencies, it was the sensible decision.

“Either we could stay independent, things would get ever more difficult and eventually we’d become another dead German brand – or we could decide for a path that has a future,” he said. “There are concerns, of course, about the deal and the future path of the company. But we will invest here to make sure ‘Made in Germany’ quality has a future.”

Long before Germany was the home of the motor car, it was the home of the piano. Though the instrument was invented about 300 years ago in Italy, with crucial contributions by British, French and US technicians along the way, Germans left an indelible mark on the piano’s synthesis of high European culture and precision German engineering.

Many of the biggest names in the piano world are German: Bechstein, Blüthner, Förster. Even Henry Steinway, founder of gold standard in US pianos, began his life and learning in Germany as Heinrich Steinweg.

However, these are discordant times in the piano world. Many brands have gone under while others were only saved from drowning by foreign investors. Schimmel is not the first German brand to end up in Chinese hands. It follows other prestigious names like Grotrian-Steinweg and Wilhelm Steinberg. Seiler is now Korean while Austria’s Bösendorfer is Japanese.

The sell-out has sparked soul-searching among German piano lovers and cultural critics. Is a part of German and European culture at risk if its pianos are no longer built by European companies? Or are pianos like any other product in the world of globalised capital, and Schimmel just the latest victim of the latest market shake-up?

Among German industry observers, sentimentality is in short supply.

“For too long, German piano companies sat high on their horse thinking they were world class and no one else could do what they do,” said Matthias Vorndran of Berlin’s Piano Centre, who worked for 18 years at Czech piano company Petrof. “The Germans realised too late that Europeans wanted cheap – and they weren’t able to deliver.”

The tension between cost and quality has dominated Europe’s post-war piano market. European piano-builders not destroyed by Allied bombs, or snatched by the state on the wrong side of the Iron Curtain, were wrong-footed by the arrival of Japan’s Yamaha and Kawai in the 1960s and by Korean brands in the 1990s.

Today the world’s piano market is dominated by China, with Schimmel’s new owner, Pearl River, being the biggest single producer. Its Guangzhou-based plant produces some 130,000 grand pianos and uprights annually – compared with Schimmel’s 2,500.

As well as its own brands, Pearl River has contracts with western companies to produce their entry- and mid-level pianos. Along with other Chinese piano companies, the Pearl River acquisition is one piece of a larger $80 billion investment push by Chinese companies last year around the world, up 358 per cent in value terms year on year and by 51 per cent in transaction terms.

The resulting globalisation of the piano market has created new east-west hybrid instruments that have shattered traditions and undermined long-held assumptions.

These days European children are more likely to spend their free time playing Minecraft, while some 80 million children in China are learning Mozart.

“This development will only work if there is benefit for the west and benefit for the east,” said June Wang, manager of Pearl River’s foreign trade department. “We will not change Schimmel in Europe. We are investing and we will not build Schimmel pianos in China.”

German industry observers are less sure, anticipating that Schimmel’s new owners will, to cut costs, shift at least some of the production out of Germany to China, playing off lower labour costs there against EU laws that allow more elasticity in its “Made in . . . ” attribution.

But everyone in the trade knows that pianos are more than a collection of their parts. Computer-aided manufacturing has made it possible to build, at low-cost, a basic piano. Globalisation means you can fill that basic piano with high-end German hammers and soundboard.

But the unmistakable sound of a high-end German piano comes from centuries of craftsmanship, an awareness of quality and a high level of autonomy in production that is handed down through the apprentice system.

The smarter Chinese companies are aware of this and have hired German piano-builders to train their staff. Some have even set up European-style piano boutique production facilities inside their plants.

For piano industry observers, the quality improvements in their instruments have been rapid and exponential.

“Chinese pianos are are already pretty close to catching up with Yamaha,” says Larry Fine, publisher of the influential Piano Book and Piano Buyer website. “Getting the musical sensitivity associated with German pianos may take a little longer but they are getting there.”

Among German piano-builder families, many see foreign takeovers as a last opportunity to survive. Four years ago Julius Feurich lost the name rights to his family’s piano firm, founded in 1851 in Leipzig. Today’s Feurich pianos are produced in China with no involvement from him.

“German piano companies’ rivalry in the past was too great to allow co-operation,” he says. “In the 1990s, there was talk of joining forces to create a joint production production facility, to build common components at lower cost, but it never happened.”

While German car companies kept an eye on global markets, often moving production to follow cost, Germany’s family-owned piano firms missed their moment – and many are now paying the price.

Back in Braunschweig, Hannes Schimmel-Vogel is philosophical about losing control of his company. The biggest battle for Schimmel in the last years was not globalisation or low-cost Chinese pianos, he says, but the thriving second-hand market in Schimmel’s own pianos.

The irony of creating a quality product that, by its very nature, is built to last decades, he says, is that you end up competing with yourself.

After three proud centuries in Europe the piano’s future is in Asia, he says, and it is there that Schimmel’s next movement will play out. “We have a good strong partner with good access to the Chinese market, which now makes up 70 per cent of the world new piano market,” he says.

Schimmel-Vogel is confident the company’s new Chinese owners are not interested in cutting corners to damage his family’s quality name – or their investment.

“We are a real, living, authentic brand,” he says, “and customers will soon notice if they buy a German-branded piano when there is no Germany inside it.”