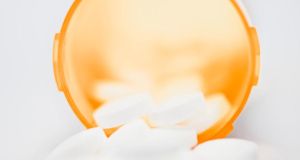 Regulators have fined nine drugmakers, including Denmark’s Lundbeck, a total of €146 million for blocking the supply of a cheaper anti-depressant to the market

European antitrust regulators fined nine drugmakers, including Denmark’s Lundbeck, a total of €146 million for blocking the supply of a cheaper anti-depressant to the market, the first EU sanction against such deals.

The punishments follow a 2009 report by the European Commission on the pharmaceutical sector, which said “pay-for-delay” agreements between companies lead to consumers paying as much as 20 percent more for their medicines.

In this case, Lundbeck, one of the Nordic region’s largest drugmakers, was accused of paying other companies to have them delay delivering a generic version of its anti-depressant medicine citalopram to the market.

The European Commission, which acts as competition regulator across the 27-member European Union, handed Lundbeck the largest fine, totalling €93.8 million. Lundbeck said it would appeal the EU’s decision but cut its guidance for operating profits this year as a result of the fine.. The other companies to be penalised were Germany’s Merck (€21.4 million), its former subsidiary Generics UK now owned by Mylan (€7.77 million), Ranbaxy (€10.3 million), Arrow, Resolution Chemicals, Xellia Pharmaceuticals, Alpharma – which is now part of Zoetis Products and A L Industrier. – (Reuters)