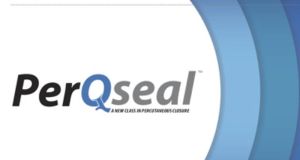 The fundraising brings to almost €35 million the amount raised by the company since it was founded in 2009 and is, by far, the largest to date for Vivasure.

The funding round was led by Dutch-based Life Sciences Partners and Germany’s Evonik Venture Capital.

Vivasure’s PerQseal technology allows surgeons to close large holes in major arteries after surgery such as aortic valve replacement or the treatment of aneurysms – either of which, if left untreated, can be fatal – without having to open patients up.

While other companies do compete in the space, including medical device giant Abbott, the Galway business says it is the only one to have a fully-synthetic product that ultimately absorbs into the wall of the artery, leaving no stitches, or foreign tissue of metal devices.

Vivasure co-founder and chief executive Gerard Brett said the device, which received approval from European regulators earlier this year, has achieved 97 per cent success with no major complications related to the device itself in clinical trials in four European countries.

Just shy of 420,000 “large arteriotomies” were carried out last year, he said, the majority of them in Europe, with the market for wound closure currently valued at around $290 million.

That figure is expected to jump to more than $500 million by 2021, as US regulators approve new devices and it is used in a wider range of patients.

“The industry experience is that the US adopts [medical technology] faster but is slower to approve [devices],” Mr Brett said.

He said that, initially, carrying out minimally invasive surgery on aortic valves or aneurysms – using catheter technology through a tiny cut in the groin – was limited only to older, or less healthy, patients deemed to be too risky a candidate for open heart surgery.

However, as the technology proves itself medically and also as a more cost-efficient option in terms of time in surgery, the avoidance of anaesthesias and quicker patient recovery, regulators have approved its use for a wider number of less high-risk patients.

Mr Brett is convinced minimally invasive treatment of these conditions will become the industry standard and that devices such as Vivasure wound closure technology will benefit hugely as a result.

He said the latest funding will allow Vivasure pursue regulatory clearance in the US but also ramp up the business as a commercial operation, initially focused on large European markets.

“Our plan now is to demonstrate clinical excellence and drive adoption in a well-managed, targeted rollout at selected sites in selected markets,” said Mr Brett.

The former Boston Scientific executive believes the Galway med tech cluster has been helpful in enabling Vivasure to bring its device to market.

“Ireland has been really important for us in our early stages of R&D and in demonstrating that it will work,” he said.

Vivasure has yet to decide on pricing, Mr Brett said, but, at a time when health budgets are coming under ever greater strain, he said he was confident that “we can bring a package that will match the economics of what providers need”.