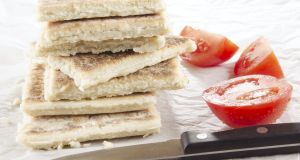 Scallion potato bread might not yet be a staple on the menu in one luxury Bangkok eatery, but Belfast’s award-winning chef Michael Deane will hope to leave diners in the Thai capital wanting more than just a taste of what Northern Ireland has to offer.

On Tuesday Deane aims to deliver “straight-up, hearty Irish food” during a pop-up gig in Bangkok, which runs until March 12th. It is timely promotion for Northern Ireland’s culinary delights during the North’s official year of food and drink.

It is hoped the government-backed initiative will deliver a multimillion pound boost for the local hospitality sector.

It has been estimated that tourists spend more than £350 million (€454 million) a year on food and drink in the North, but not everyone enjoys a slice of that tourist spend. According to the umbrella industry group, Hospitality Ulster, Belfast and Derry get the biggest portion, while smaller towns, cities and more rural based locations have to battle it out to attract a somewhat limited audience.

The industry group has long been calling for a more integrated tourism and transport strategy that will help spread the tourist spend more fairly around the North and give struggling businesses a lift.

But with latest figures from the Department of Enterprise showing overall visitor spend fell 3 per cent to £746 million in 2014-2015, it might come too late to save some local pubs and restaurants – particularly those struggling to pay bank loans.

“There is a lot of property debt overhanging some businesses, a legacy of when many pubs, restaurants and hotels borrowed on the back of property values when prices were inflated.

“But of course now the value of the property has dropped and businesses are left to try and pay off the debt,” he says.

Up to now, evidence would suggest banks in the North have been otherwise preoccupied and have not been chasing these debts. Now, however, there appears to be a change of mood about. According to industry sources, there have been discussions between banks and owners mainly of pubs that suggest they may be considering calling time on some of the loans.

Traditionally Ulster Bank was one of the banks more favoured by the hospitality sector in the North, particularly pubs. The bank has not commented on whether it is reviewing any of its lending arrangements with customers in the sector. But many fear that Ulster Bank’s parent group, Royal Bank of Scotland, may be looking to further clean up its loan book in the North.

According to Hospitality Ulster, there is a great deal of uncertainty surrounding the immediate future for businesses in the hospitality sector with debt worries.

“And although there are positive signs emerging in the industry, it is still in recovery. Coupled with the fact that Northern Ireland has one of the lowest levels of weekly disposable incomes in the UK of just £97 a week – compared to Scotland where it is £190 per week – there is a limit to what some businesses can afford to pay back,” Neill said.

He added that while nobody in the industry was talking out loud about potential fire sales by banks, businesses that are “technically in default” of their loans are becoming increasingly anxious.

“There are 46,000 people in Northern Ireland employed directly by the food and drink sector – uncertainty is not good for this industry,” Neill warns.

And it is definitely not the message that the North wants to sell in the year of food and drink.