What’s the story behind the issue? 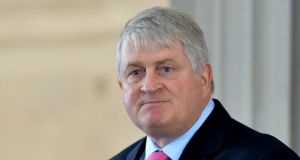 Denis O’Brien: took an injunction against proposed RTÉ report on his private banking affairs with IBRC.

April 2012: Unsuccessful under-bidder Altrad raises concerns about the deal, claiming it was prepared to offer €60 million for Siteserv. It also emerges that the law firm Arthur Cox advised both Siteserv and Millington on the sale. Siteserv issues a statement saying Altrad never formally approached it. Denis O’Brien associate and Millington shareholder Leslie Buckley rejects claims the sale process was flawed.

May 2012: Siteserv delists from the Dublin and London stock exchanges.

July 2013: Siteserv subsidiary announced as one of three companies awarded contracts for the installation of water meters for Irish Water.

April 24th, 2015: O’Brien says he did not run the sale process which led to his company Millington acquiring Siteserv.

May 1st, 2015: Sunday Times report reveals spike in Siteserv shares in the period before company’s sale.

May 7th, 2015: Murphy suggests under Dáil privilege that insider trading may have occurred in Siteserv shares.

May 12th, 2015: O’Brien takes injunction against proposed RTÉ report on his private banking affairs with IBRC.

May 21st, 2015: O’Brien and IBRC win court injunctions against RTÉ preventing the broadcast of proposed report. Judge indicates intention to publish redacted statement on basis for decision in June.

May 28th, 2015: Murphy makes new claims in the Dáil about O’Brien’s banking arrangements with IBRC. O’Brien claims information was false and that it was an abuse of Dáil privilege.