Government needs to follow through on tackling insurance costs 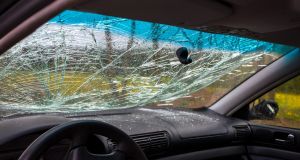 The insurance industry says average payouts in Ireland for soft-tissue injuries are about €15,000, compared with €5,000 in the UK.

Its pretax profit rose by 345 per cent to just under €50 million while its gross written premiums increased by 3 per cent to €372 million.

Its underwriting profit rose sharply, while its combined operating ratio was a healthy 86.2 per cent, albeit helped by some once-off items.

The Irish-owned insurer was sufficiently pleased with its results to announce the payment of a first dividend in three years to shareholders. The share price responded positively, up more than 14 per cent in Dublin.

However, a bum note was sounded on its claims experience. The rising costs of claims has become a familiar theme from insurers in Ireland in recent years, putting pressure on the Government to propose a series of reforms.

Average motor insurance premiums increased by 70 per cent between 2013 and 2016.

“The average cost of claims continues to increase with higher levels of inflation observed in injury settlements, particularly for more more minor injury levels,” FBD said in its statement.

Higher claims equals more expensive premiums, regardless of your personal experience. In recent months, I have received higher quotes for both my home and motor insurance renewals. And I’ve never made a claim in more than 20 years of having such policies.

FBD also noted an increased rejection rate of Injuries Board awards. This is where claims go to the Personal Injuries Assessment Board (PIAB) for adjudication, with the aim of avoiding the courts and the attendant high legal bills.

PIAB is an independent State body that assesses personal injuries compensation in a “timely and cost-efficient manner”. It has processed more than 100,000 claims since 2004.

This problem hasn’t gone away. A lot of good work was done to frame the various policy responses but much remains still to be done

According to FBD, the rejection rate at the Injuries Board has increased by 30 per cent since 2013, although it doesn’t provide any more details.

The board itself has reported a steady level of acceptance at about 60 per cent a year. Maybe FBD’s experience is an exception. Either way, some 40 per cent of awards are rejected and either go to further negotiation between the parties or, more likely, to court.

According to FBD, it experienced 9 per cent inflation in paid claims in 2017 from €500,000 and below, which represents the vast bulk of its payouts. Industry sources report a similar picture across the sector.

In the facing of soaring premiums, the Government and Opposition politicians mobilised themselves a couple of years ago to come up with a series of policy recommendations to help tackle this festering issue. One that was threatening to put a lot of people off the roads, and a lot of companies out of business.

In January 2017, the Cost of Insurance Working Group (CIWG) published a report suggesting a number of reforms that would increase the powers of the Injuries Board, establish a Personal Injuries Commission and improve data sharing. All of them made sense.

The Personal Injuries Commission is chaired by Justice Nicholas Kearns and produced its first report last November, as part of its 18-month work programme. It has begun work to look at comparative systems and benchmarking compensation award levels internationally, which will help inform the debate here.

Its first report made a series of recommendations around whiplash, or soft-tissue injuries, one of the main areas of claim in Ireland – the industry says average payouts here are about €15,000, compared with €5,000 in the UK.

However, a number of the other key elements to reforming insurance claims remain to be implemented. Importantly, the PIAB (Amendment) Bill – which would strengthen the operational powers of the Injuries Board – awaits enactment by the Oireachtas, and by all accounts isn’t even a priority piece of legislation.

The Bill will address the recommendations in the CIWG report relating to cases of non-co-operation, such as non–attendance at medicals and failure to provide details of special damages or loss of earnings. It will also provide that the book of quantum is reviewed every three years.

The fear is that the focus of our minority Government has shifted from rising insurance costs to other issues.

This problem hasn’t gone away. A lot of good work was done to frame the various policy responses but much remains still to be done.

The hope is that the various measures are followed through on and that the Government doesn’t get distracted by the housing crisis, Brexit or even a general election.

In the words of FBD chief executive Fiona Muldoon: “If we want to lower the costs of premiums, we have to lower the cost of claims. We can’t sit back and not enact the reforms that are needed. I hope it will be soon.”

She is right about the need to push through with the various reforms. It will then be over to the insurance community to hold up their end of the bargain by reducing premiums.