IBRC liquidators to carry out review of legal advice 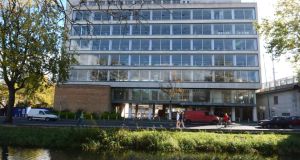 The liquidators of Irish Bank Resolution Corporation (IBRC) have appointed Eugene F Collins to carry out an independent legal review of the legal advice it received by McCann FitzGerald Solicitors concerning certain legal proceedings against former directors of INBS.

The Dublin law firm has been charged with reviewing “whether the legal advice received to date in relation to these proceedings has been adequate and appropriate as to the joinder or otherwise of KPMG as a party to the proceedings”.

In a statement, a spokesperson for the joint liquidators, Kieran Wallace and Eamonn Richardson of KPMG, said: “The decision to initiate proceedings against certain former directors of INBS was taken by the former board of the society on foot of advice provided to them by their legal advisers, McCann FitzGerald. This advice, received prior to liquidation, was that KMPG should not be joined to the proceedings. However, questions have been raised about the joinder or otherwise of KPMG to these proceedings”.

Eugene F. Collins will be “entirely independent” in their review and advice, and will not be subject to the direction of the special liquidators.