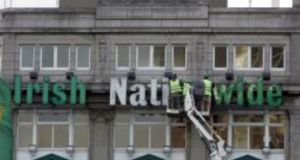 John Stanley Purcell brought two actions alleging his reputation and right to earn a living had been damaged as a consequence of the proposed inquiry.

A former director of Irish Nationwide Building Society (INBS) has lost his High Court bid to stop the Central Bank’s proposed administrative inquiry over past conduct of the society’s affairs by some of its former directors.

The fact that INBS’s collapse left this country with a “colossal” liability estimated at €5 billion was itself enough to outweigh John Stanley Purcell’s claim the proposed inquiry imposed a burden on him disproportionate to the level of public interest in inquiring into that collapse, Mr Justice John Hedigan said.

The financial system needed “constant in-depth surveillance” if anything like the 2008 crash was to be avoided, he said. “An inquest into what went wrong, and who was responsible, will be an essential part of such control,” he added.

He rejected other arguments by Mr Purcell, including he was being “scapegoated”, the inquiry amounted to an administration of justice, sought to impose a penal liability on him, and imposed an unfair and oppressive financial burden on him when he had already been sued in civil proceedings by IBRC/INBS in which he had paid a settlement to the State.

The judge noted a series of other claims advanced by Mr Purcell were previously rejected by the High Court in its judgment dismissing a similar challenge to the proposed inquiry by former INBS managing director Michael Fingleton.

That judgment, delivered by Mr Justice Seamus Noonan, contained no apparent error, was very recent and was based upon a review of significant relevant legal authorities. In the circumstances, he must, and would, follow it, Mr Justice Hedigan said.

He was giving his reserved judgment on the proceedings by Mr Purcell, a former financial controller and director of INBS, against the Central Bank and the State.

Mr Purcell brought two actions, one for judicial review and the other for damages, alleging his reputation and right to earn a living have been damaged as a consequence of the proposed inquiry.

The Central Bank denied his claims and argued his proceedings were premature and an effort to have the court supervise the procedures of the inquiry in advance of it. It also denied its neutrality was undermined by reason of any alleged interest in vindicating its own reputation.