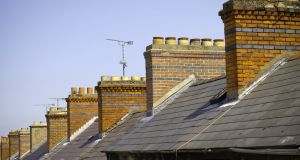 A bill put forward by Fianna Fail, proposing a new organisation with wide powers to deal with mortgage arrears, has been heavily criticised by the European Central Bank, which said it may undermine legal certainty for lenders and potentially affect the supply of lending and the interest rates offered to borrowers.

The ECB, which was asked to comment on the Bill by the Oireachtas Committee of Justice and Equality, said that the regime it proposes – involving a new Mortgage Resolution Office (MRO) operating within the Insolvency Service – is being put forward “without the benefit of a thorough economic impact assessment”.

The bill, the Mortgage Arrears Resolution (Family Home) Bill 2017 was put forward by Fianna Fail’s Finance spokesman, Michael McGrath, who said it was needed to rebalance the system more in favour of borrowers and was considered by the Oireachtas Committee.

It proposes a new regime covering home mortgages in arrears before January 1st, 2017, allowing the MRO to alter the loans terms in various ways through a mortgage resolution order, including forms of debt write-off. Banks cannot move to repossess a home while the order remains in place.

The ECB warns that “the draft law introduces changes that may affect the ability of lenders to give effect to the agreed terms of secured credit, which could undermine legal certainty and the adequate management of credit risk in financial institutions”.

Given the importance of mortgage lending to Irish banks, this could negatively affect the sector and “ultimately have implications for financial stability.”

It could also affect the supply of credit and push up interest rates, it warned.

The ECB says it would be more appropriate to “build on and enhance the existing regime, rather than establish a new regime”.

It notes that steps taken in recent years, including the new code of conduct on mortgage arrears, insolvency legislation and measures to help distressed borrowers.

A separate bill, written by Master of the High Court Edmund Honohan, has recently been published and covers some of the same ground. The National Housing and Co-Operative and Fair Mortgage Bill 2018 also involves a proposed Mortgage Resolution Office with wide powers. It also provides for the broadening of the mortgage-to-rent scheme to involve new not-for-profit housing providers and the establishment of a new National Housing Co-Op to acquire, manage, rent or sell distressed mortgages.

Fianna Fail has also recently published a separate bill dealing with the issue of regulation of vulture funds who take on mortgage books being sold by Irish lenders.

* This report was amended. The original version mistakenly said the ECB opionion related to the 2018 National Household and Co-Operative and Fair Mortgae Blll, wheras in fact it referred to the Mortgage Arrears and Family Home Resolution Bill 2017.