Bank of Ireland to have 100 branches ‘cash free’ 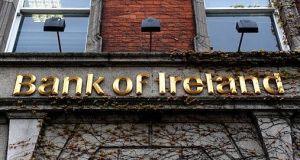 Bank of Ireland says it will invest €10m in its branch network this year. Photograph: Getty Images

As many as 100 Bank of Ireland branches will no longer accept cash or coins at the counter from the end of this year as the bank continues to ramp up its digital transformation.

It’s a strategy that the bank first embarked upon back in 2015, when it caused some furore by limiting in-branch cash withdrawals to amounts above €700. Now the strategy is continuing at speed as the bank converts a growing number of traditional branches to an “advice and self-service” model, with plans for about 40 per cent of its 250-strong branch network, including Blackrock, Killester and Merrion Road in Dublin, to be “cash-free” by the end of this year.

The move means that customers will be able to lodge or withdraw cash from self-service machines within the affected branches, but won’t be able to withdraw sums over €1,300 or transact foreign currency and coin services within these branches.

In other branches, cash services will be limited; in Bundoran, Co Donegal, for example, a cashier service will only be available on Monday, Tuesday and Friday.

According to a spokesman for Bank of Ireland, which operates the largest branch network in Ireland, just 3 per cent of customers’ total transactions are conducted over the counter today, with the rest taking place on mobile app, online banking and contact centres.

“When transaction levels in a branch drop below a certain level the easiest decision is to close it. However we don’t believe that is the correct approach,” he said, adding that the solution the bank has sought was to reconfigure such branches.

The move also means that customers with queries will have to seek assistance from staff working on the floor of the branch, or make an appointment with an adviser. Newer branches, such as that on Grand Canal in Dublin, for example, have never had a counter service, while the bank is to open a new branch in Cherrywood, south Dublin, in September.

Bank of Ireland says it will invest €10 million in its branch network this year, including the installation of 90 additional external lodgement and ATMs across its network by the end of the year. This will mean that 80 per cent of the bank’s branch network will now have such machines.

Bank of Ireland is not the only bank to forgo dealing with cash. KBC Bank operates 15 “hubs” across the country, which are unlike traditional branches in that they don’t offer cash services, and AIB has a digital outlet in Dundrum Shopping Centre. In total, eight of AIB’s branches operate without teller counter services, while an additional 14 campus locations operate with limited teller counter services.

Ulster Bank is also going digital; it says it will have five cashless locations in the Republic of Ireland by the end of June, including Grafton Street and Liffey Valley in Dublin, offering advice and mobile banking support.

It also has big plans for its branch on College Green in Dublin, and has applied for planning permission to remove “a portion of the internal cashier’s desk” and replace it with an “automation wall” consisting of two ATM machines, one coin machine and one automated deposit unit.

Permanent TSB says that all 77 of its branches offer cash and coin services between the hours of 10am-3pm.

Earlier this year Ulster Bank said it would close 22 branches, bringing branch numbers down to 88 from 125 back in 2014.