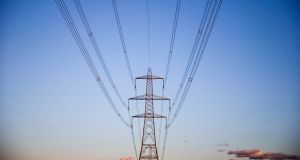 SSE, Britain’s second-biggest energy supplier, raised its full-year profit outlook on Wednesday as wet and windy weather drove a 25 per cent rise in production from its renewable energy plants in its first three quarters.

The supplier said it expects to deliver adjusted earnings per share in the range of 116 to 120 pence. In November, the company had forecast that earnings would be at least in line with the consensus forecast of 116 pence.

The company, however, maintained its capital expenditure estimate of about £6 billion over four-years to March 2020.

The company lost 40,000 customer accounts during the three months to end-December, compared with the 50,000 it lost in the previous quarter. It ended the latest quarter with a total of 7.68 million customers.

SSE also said its plans to merge its UK power and gas retail operations with those of npower, owned by Germany’s Innogy, was on course to be completed by the last quarter of 2018 or the first quarter of 2019.

Power suppliers in Britain have been under pressure from the emergence of small and aggressive rivals as well as being threatened by a price cap on retail prices proposed by Prime Minister Theresa May’s government.