Volatile market conditions made it ‘challenging to complete the bond issue’, says group 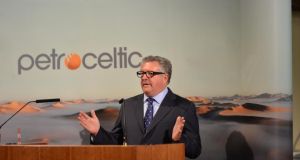 Explorer Petroceltic has suspended plans to raise up to $175 million on the bond market.

The company had announced at the end of June that it planned the fundraising, secured on the Isarene Production Sharing Contract, one of its prime assets in Algeria to refinance the group’s $500 million debt facility.

However, in an announcement on Monday, the company said volatile market conditions had made it “challenging to complete the bond issue on terms acceptable to the company”, despite what it said was positive confirmation of its strategy and outlook during its marketing exercise.

It also said accelerated plans to transfer the Isarene asset to a wholly owned subsidiary would provide potential investors with greater clarity.

Broker Numis Securities said in a note: “If the temporary delay results in a bond issuance on better terms it clearly makes sense to delay the process.“However, the temporary suspension of marketing the bond may cause some jitters as Petroceltic will eventually require additional funds to pursue its Algerian development project.”

Goodbody ’s Gerry Hennigan said that, while not surprising, the suspension “will nevertheless rank as a disappointment”.