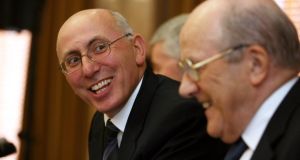 Mining company Kenmare Resources has reported a loss before tax of $42.09 million for 2013, compared to a profit of $52.79 million the previous year.

Earnings before interest, taxation, depreciation and amortisation (EBITDA) were $29 million for the 12 months to the end of December, compared with $98 million in 2012.

The company posted a loss after tax of $44.1 million after foreign exchange and financing charges. Operating profit for the year amounted to $4.7 million.

Managing director Michael Carvill said 2013 saw the end of a long period of investment in its Moma titanium minerals mine in Mozambique.

“With the expansion complete and commissioned, and with the capital cost behind us, the Moma Mine will reap the benefits of this investment not only in 2014 but for years to come. We are continuing to improve the efficiency of our business and drive down our cost per tonne, whilst tackling the challenges of maintaining consistent power to our operations.”