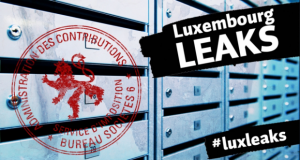 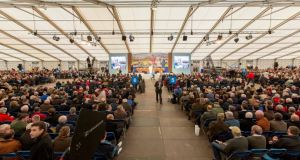 Glanbia shareholders. Irish food multinational Glanbia and members of the Sisk business family have multi-million euro agreements with the Luxembourg authorities that help them reduce their Irish tax bills. 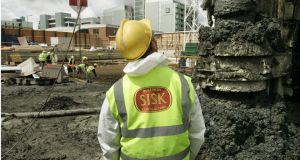 Members of the Sisk business family have multi-million euro agreements with the Luxembourg authorities that help them reduce their Irish tax bills.

Irish food multinational Glanbia has put more than €1 billion into companies in Luxembourg that have no employees but serve to reduce its tax bill here.

The companies are the subject of advanced tax agreements (ATAs) negotiated with the tax authorities in Luxembourg and feature in 28,000 pages of leaked documentation from PricewaterhouseCoopers (PwC) in Luxembourg detailing ATAs with multinational companies around the globe.

The leaked documents have been shared by the Washington DC-based International Consortium of Investigative Journalists (ICIJ) with more than 40 media groups around the world, including The Irish Times.

The leaked documents show how Pepsi, Ikea, FedEx and 340 other companies secured tax deals from Luxembourg, allowing many of them to slash their tax bills while maintaining little presence in the tiny European Union member state.

The material also shows how foreign multinationals use Ireland as part of Luxembourg- based structures that reduce their corporation tax bills in the Republic and elsewhere.

The documentation was made available to media organisations as part of a major investigation into Luxembourg’s role in global tax avoidance.

Transactions covered by the ATAs include cross-border loans that create interest costs that can be charged against tax outside Luxembourg but which create relatively tiny tax charges in Luxembourg.

The Organisation for Economic Co-operation and Development has noted in a recent report on global tax change that $1,987 billion went into Luxembourg special-purpose entities – companies that often have few if any employees – as part of global financing and tax planning structures. Most of the money came straight back out again.

A spokeswoman for Glanbia said it employs more than 5,000 people in 32 countries and seeks to be internationally competitive and expand its business.

She said it had group companies in Luxembourg but took great care that it met its legal, compliance and disclosure requirements.

There is no suggestion there is anything illegal about the transactions in the PwC documents.

A spokesman said the family had no comment to make.

The giant oil and gas company E.ON, the UK-based United Business Media Group and members of the De Spoelberch family, the richest family in Belgium, negotiated ATAs in Luxembourg that involved the opening of one-person branches in the Republic to which billions of euro were transferred in order to escape Luxembourg’s net wealth tax, the documents show.

Other examples of Luxembourg ATAs involving companies operating in Ireland will be published today and online and in The Irish Times tomorrow.

Luxembourg’s tax avoidance industry was developed when the new president of the European Commission, Jean-Claude Juncker, was the finance minister and then the prime minister of the tiny EU member state.

PwC said the documents released through the ICIJ were outdated and “stolen” information, the theft of which was in the hands of the relevant authorities.

It said it could not comment on client matters but rejected “any suggestion that there is anything improper about the firm’s work.”

KPMG, EY and Deloitte also have large practises in Luxembourg along with PwC.