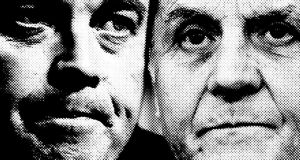 A letter from former president of the ECB Jean-Claude Trichet did not push Ireland into a bailout programme the bank said today. Rather, it was the “scale of the domestic crisis that made it necessary for Ireland to apply for an EU/IMF adjustment programme”.

ECB chief Mario Draghi has insisted the bank did not force Ireland into a bailout in 2010, saying the then government took the ultimate decision on its own.

Mr Draghi was speaking at a press conference in Frankfurt today after the bank’s governing council released an exchange of four letters in the run-up to the rescue between then ECB chief Jean-Claude Trichet and the late Brian Lenihan, then finance minister.

Asked who should represent the ECB at the forthcoming Oireachtas inquiry into the banking crash, Mr Draghi said the ECB had not discussed the matter.

He made the case, however, that the ECB was accountable to the European Parliament and not strictly to national parliaments.

Although Mr Trichet is shown in a letter on November 19th, 2010, to have threatened the withdrawal of emergency support for Ireland’s bank if there was no bailout, Mr Draghi did not directly tackle the question of whether bank had “pointed a gun” at the government.

“The very short answer would be just read the four letters and they would give you the whole story. The decision to ask for a programme was the Government’s decision. It was not the ECB forcing [it] to do this,” he told reporters.

As the ECB defended its refusal to accept the imposition of losses on senior Irish bank bondholders in 2010 and again in 2011, Mr Drahgi said the record suggests the Irish rescue programme as cast worked.

“Subsequent events the extraordinary performance of Ireland - next year Ireland will be the fastest growing economy in Europe, in the euro area certainly - seem to say that after all that decision wasn’t that stupid.”

The correspondence - comprising two letters from Mr Trichet to Mr Lenihan and the minister’s response in each case - centres on the deterioration in Ireland’s situation in the weeks leading to the rescue deal.

“I think the four letters actually show the sort of dialogue that took place between the government and the then president of the ECB, Jean-Claude Trichet, so for me there is very little to add to that,” Mr Draghi said.

Mr Draghi, who was a member of the ECB governing council in 2010, was asked whether it was appropriate for Mr Trichet to threaten the withdrawal of emergency aid for Ireland’s banks at that time.

He was also asked whether this was an empty threat, given the ECB’s acute concerns at that time over the threat to stability in the euro zone.

“I’ve said several times - also for other countries - it’s a very big mistake to look at past events with today’s eyes,” he said.

“As the letters and all the documentation aim to show, it was not the letter that ‘pushed Ireland into a programme’ as is sometimes claimed, but it was the scale of the domestic crisis that made it necessary for Ireland to apply for an EU/IMF adjustment programme.

“The documentation also shows that in the run-up to the application for support and throughout the Irish programme, the

ECB has continued to support the Irish banking system and the Irish economy in an unprecedented manner.”