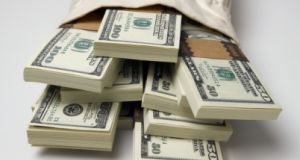 We may complain about inflexible bureaucracy but that inflexibility can be a necessary barrier to the potential cancer of corruption. 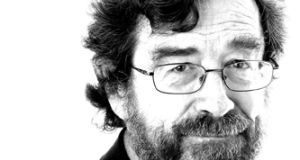 While the public perception may be otherwise, by international standards, Ireland appears to have a pretty low level of corruption. This has been one of the factors contributing to Ireland’s economic and social success.

Corruption damages economic activity in a number of ways. It raises the cost of doing business, it creates uncertainty and it brings serious damage to a country’s reputation.

For example, corruption in the award of public contracts raises the cost of providing essential infrastructure and public services, and lowers quality. It has a demoralising effect on the law-abiding. If corruption is allowed fester, as a tax on the virtuous it will spread and create more damage.

It is crucial to build and maintain an institutional and cultural framework that promotes good governance in public life and in business, and effective systems to uncover and prosecute cases of corruption.

While western Europe has been largely free of corruption scandals on the scale now engulfing Brazil, Italy’s Tangentopoli scandal and Greece’s experiences have left a difficult political and economic legacy. Over recent decades, Ireland has had its own political funding scandals, as have Germany, Belgium and France. In Spain, the former treasurer of the Partido Popular went to jail.

The best defences against corruption are strong institutions, systems and laws that limit opportunities for it to occur.

Public funding of politics and limits on political spending inhibit the temptation for parties to line their own pockets to fight campaigns. Rules-based systems for allocating public benefits, such as social welfare, public housing or subsidies to business minimise the opportunity for officials to profit through granting discretionary favours.

Tender competitions and laws on conflicts of interest minimise risks relating to public procurement. In the face of hard cases, we may complain about inflexible bureaucracy but that inflexibility can be a necessary barrier to the potential cancer of corruption.

Making public decisions open to public scrutiny is another important safeguard. Ireland has legislated in all these areas. We have tightened our rules around planning, one of the more notorious areas in our recent past.

However, another key factor in preventing corruption is establishing a culture where probity is expected and valued and there is zero tolerance for deviation from high standards.

Restrictions on trade have thrown up particular opportunities for corruption. In a regime where tariffs and quotas on imports are the norm, the right to import goods confers considerable wealth on an individual or company.

This makes it tempting to pay officials or politicians for such permits. Faced with this problem, the chief executive of a successful Thai firm has commented: “I hope to be reborn as a customs official.”

In the period up to 1960, when Ireland was a closed economy, a few individuals became wealthy as a result of being permitted to import certain goods. However, there is scant evidence that decisions on import permits or high tariffs involved corruption. The power of the political culture trumped the inadequacy of the institutions.

With the movement to free trade from 1960, the situation changed. The IDA gave grants to incoming firms, and domestic companies, and these grants could have been an “occasion of sin”. However, tight administration, transparency and good oversight ensured a very clean process.

Ministers were protected because the decisions on grants were generally taken by public servants acting in committee. The EU state aid rules, eliminating such grants, have since provided important further protection.

In the distant past, corruption was institutionalised, with the state selling the right to levy customs duties and other taxes. In the Bible, the tax collectors were extremely unpopular because of their arbitrary and extortionary behaviour.

However, as well as being extremely unpopular, this approach was extremely inefficient and, by the 19th century, at least in these islands, the State took on the responsibility for collecting taxes.

Recent research has shown that in the US, those state capitals that are isolated from the main centres of population are associated with greater levels of corruption. An important reason is that the media covers state politics better when the readers are closer physically to where the decisions are made. For example, the bulk of the population of Illinois live in Chicago but the state capital is Springfield – far from where the main media are located.

This highlights the key importance of oversight of public decision-making, and the media is a crucial part of this process. Media attention to maladministration may at times be overbearing but, without such attention, the unacceptable could become acceptable.