New chief executive to take up position next month 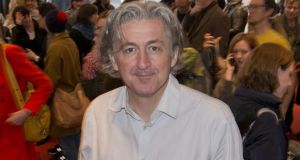 Mr Mac Conghail, who will take up his position next month, replaces interim chief executive Gerry Macken, who has been on secondment from Dublin City Council.

The agency is charged with managing and developing the Liberties-based technology-focused Digital Hub, which is currently home to almost 100 businesses that collectively employ more than 700 people.

“Fiach will bring a wealth of experience, expertise and energy to the role which will be of major benefit to the agency. He joins us at an exciting time of development and growth, and we look forward to working with him in the months and years ahead, which are full of both challenges and opportunities,” said DHDA chairman Paul Holden.

Mr Mac Conghail has been director and chief executive of the Abbey Theatre since May 2005 and has produced over 150 productions for the organisation.

A former independent senator, Mr Mac Conghail also previously held the positions of artistic director of the Project Arts Centre, cultural director of Expo 2000, programme manager for Centre Culturel Irlandais, in Paris and policy advisor to the Minister for Arts, Sports and Tourism.

“Supporting creativity and encouraging the imagination of others has been a constant passion and value in my professional career to date and this new role will enable me to continue with this passion,” said Mr Mac Conghail.

1 The wealth of the Irish – how do your assets match up?
2 Irish company to test vaccines on volunteers deliberately infected with Covid-19
3 Dunnes Stores set to enter grocery delivery market
4 KBC Ireland fined €18.3m for ‘unconscionable’ tracker scandal role
5 Willie Walsh joins CarTrawler as deputy chairman
6 Should I switch bank now with Ulster Bank at risk of closing?
7 Eir takes on extra staff as ComReg chases it on complaints
8 Air travel never going ‘back to way it was’
9 How the pandemic deepened the poverty pit
10 How to upgrade your home entertainment system for less
Real news has value SUBSCRIBE