Linda Fitzpatrick claims, despite being up to date with her mortgage payments of €850 a month, Pentire Property Finance appointed Ken Tyrrell as receiver over the shop 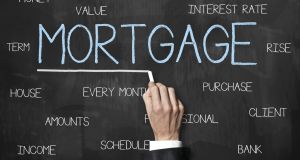 On April 15th last, Pentire wrote to her threatening appointment of a receiver unless she immediately paid off the €270,000 loan, court told. File photograph: Getty Images

A shopkeeper has claimed a fund which took over her mortgage is using “extraordinarily aggressive tactics” to force her to refinance or else sell the shop through a receiver.

Linda Fitzpatrick (48) has operated “La Belle”, a small local store on the Quinsboro Road, Bray, Co Wicklow, for 10 years and worked in it for most of her adult life, the High Court heard.

She claims, despite being up to date with her mortgage payments of €850 per month, Pentire Property Finance appointed Ken Tyrrell as receiver over the shop.

Mr Tyrell’s agents turned up at the store in early May and left after being asked to go.

Due to concerns they would return, Ms Fitzpatrick brought an application for an injunction against Pentire and Mr Tyrell restraining the receiver interfering with her business or attempting to sell the shop.

Mr Justice Paul Gilligan granted a temporary injunction after hearing the ex-parte (one side only represented) application from Bernard Dunleavy SC, for Ms Fitzpatrick, and reading papers in the case. He returned the matter to later this month.

While the varied agreement expired in November 2013, she said BoS continued to operate it and she kept up-to-date with payments.

In April 2015, BoS sold the loan to Pentire. The €850 monthly arrangement continued and a Pentire representative told her the agreement would be amended to reflect the “rolling nature” of the restructured loan, she said.

There were some difficulties related to her three repayments via her direct debit but she missed no repayments in all this time, she said.

On April 15th last, Pentire wrote to her threatening appointment of a receiver unless she immediately paid off the €270,000 and she fears the property will be advertised for sale unless the receiver and Pentire are restrained from doing so, she said.

The letter, and the latest demand for €263,000, “appear to be consistent with the extraordinarily aggressive tactics” of Pentire and “bear no reality to the actual position”, she said.

Pentire had claimed her loan is in default but there had been no change in the manner of repayments since 2013 and there was no evident basis for this suggestion, she added.