Row over lease of factory premises comes before Commercial Court 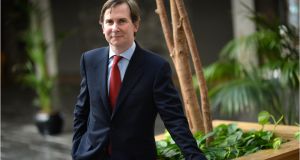 The matter was admitted to the Commercial Court list on Monday by Mr Justice David Barniville on Monday who accepted it was urgent. Photographer: Dara Mac Dónaill / The Irish Times

A dispute over an alleged breach of a leasing arrangement for an industrial unit has come before the Commercial Court.

The row is between landlord Airscape Ltd and engineering business Instant Upright against whom it earlier this month secured an injunction freezing assets below €3.6 million. That order was sought over alleged breach of a lease for a factory premises at Friel Avenue, Park West Industrial Estate, on Nangor Road, Dublin 12.

The claims are denied and Instant Upright argues the freezing order should be removed. It claims the application in that regard is “wholly overboard”, unconscionable and an abuse of process.

Airscape, a property development and investment firm, claims it entered into a 25-year lease agreement with the defendant, which manufactures scaffolding and custom engineered products, in 2001 for annual rent of some €1.5 million.

Airscape claims arrears of rent of €1.3 million built up and that, last March, the defendant decided to terminate the lease and subsequently left the premises at Nangor Road.

Airscape claims the premises was damaged in a snow storm in March 2018 but it was restored by Airscape. It disputes the manner of the purported termination and, while it has secured a new tenant, claims the alleged breach of lease will result in losses of €2.3 million in future rent. It had brought proceedings against the defendant in regard to the alleged loss of rent.

Airscape claims it became concerned in early July when it appeared the defendant had ceased trading from its new premises which, it claimed, had all the appearance of having been deserted.

After making enquiries, it claims it was informed the defendant business was about to leave the State. As a result, and because of fears the defendant may attempt to dissipate assets, Airscape obtained the account freezing order.

It is also seeking further orders including directing the defendant to pay damages for alleged breach of contract.

The defendant disputes the claims and denies any rent arrears are owed or that it is responsible for any future loss of rental income.

Instant Upright says it has been in business for 40 years in Ireland, has 42 full-time employees and has entered into a 10-year lease for a new factory in Citywest, Dublin.

It argues the freezing order should be removed and there is no evidence it ever intended to dissipate assets. Any evidence it was about to leave Ireland is “hearsay”, it claims.

It says the freezing order has damaged its reputation and its business as it is unable to access its bank account or access its working capital. The defendant has counterclaimed in relation to alleged commercial obligations in the lease.

It alleges negligence arising from the collapse of the premises in March 2018 causing losses of more than €15 million.

The matter was admitted to the Commercial Court list on Monday by Mr Justice David Barniville on Monday who accepted it was urgent. The judge adjourned matters to later this week, including concerning whether or not the freezing order should be continued.