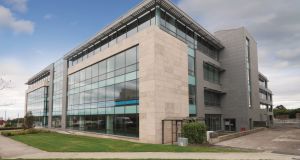 The new lettings have contributed to a reduction in the park’s vacancy rate to 12 per cent.

A number of new retail and office lettings have just been confirmed at Cherrywood Business Park in south Dublin. This will see a further 25,000sq ft of space occupied at the 400-acre strategic development zone between the M50 and N11, where a new suburb is being developed.

The new lettings have contributed to a reduction in the park’s vacancy rate to 12 per cent with remaining office space from 6,000sq ft (557sq m) to 35,000sq ft (3252sq m) still available. Mark Smyth of CBRE and Deirdre Costello of JLL, joint letting agents, expect there will be further significant lettings within the park and believe further office development will be needed to cater for additional demand.

Cherrywood has also attracted a number of high-profile retailers to the area recently. Starbucks, for example, is fitting out a retail unit adjoining Ben Dunne Gym. Two other deals, described as “imminent”, will see a retail bank facility and a new medical centre soon opening their doors. Existing retailers at the park include Spar, Insomnia, Subway, the Lighthouse café and restaurant, and Giraffe Childcare.

US property giant Hines, along with King Street Capital, paid more than €280 million for the 400 acres at Cherrywood in 2014. Since then, Hines has developed an extensive masterplan for the area which includes a new retail-led mixed-use town centre, three major parks spanning more than 57 acres, 3,800 apartments and houses, and the provision of extensive commercial and leisure space.

Cherrywood is likely to be one of the fast-growing suburbs of Dublin, given its excellent transport links and strategic location at the southern gateway to the capital.