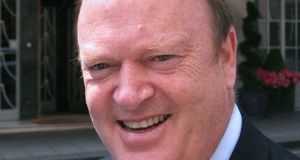 Property financier Derek Quinlan is advising a consortium of European investors on an estimated €1.3 billion bid to buy the Brussels building that houses the Belgian finance ministry.

Specialist property industry publication, EuroProperty, reported on Friday that Mr Quinlan’s company, Quinlan Real Estate, is leading the bid. QRE declined to comment on the story, but it is understood that the details are considered accurate.

The deal for the Finance Tower, if it transpires, would be one of the largest property transactions in Europe in recent years. The building was bought more than 15 years ago from the Belgian state for €300 million by Dutch group, Breevast, which had not yet responded to a request for comment prior to publication.

The Finance Tower underwent a significant overhaul up to 2008, including the construction of a new 10-storey block adjacent to the original 31-storey building.

It houses more than 4,500 office workers, mostly employees of the finance ministry. The Finance Tower includes more than 2.4 million sq ft of floorspace.

Mr Quinlan, who has lived outside Ireland since the financial crash, has made a comeback of sorts in the property market recently. He was an adviser to the Irish-Pakistani Kajani brothers who paid €8 million this year to buy River House, the old motor tax office just off Dublin’s north quays.

In its latest accounts, for the year to the end of last June, Quinlan Real Estate had accumulated losses of £480,000.