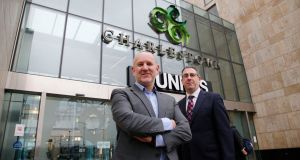 “Commercial buildings can make big savings when it comes to energy and the payback time on your investment can be as little as six months.”

So says Fergus Wheatley, managing director at energy consultancy SmartPower, who has just overseen an energy efficiency project at Charlestown shopping centre in Finglas, Dublin 9 which resulted in savings of around €61,317 a year from a net capital spend of €33,580.

“The interesting thing about the Charlestown project is that the client got their money back after seven months, will be €27,700 up after a year and can now look forward to annual energy savings of over €61,000,” says Mr Wheatley. “Getting an energy efficiency audit done really is a no-brainer and it’s mind-boggling that it’s not more widely known how much money can be saved by property owners and those leasing buildings.”

So how does an energy audit work?

Mr Wheatley follows an “excellent” process championed by the Sustainable Energy Authority of Ireland called EXEED which sets out a framework for identifying energy savings. Essentially, EXEED challenges the reasons behind the initial design spec by asking why energy is used in an area and whether reducing this energy would still do the same job. Once these questions have been analysed, the on-site energy equipment (lights, fans, air-conditioning, heating, pumps, etc) is investigated.

At Charlestown, it took Mr Wheatley about two weeks on site to work out how all the centre’s various energy systems worked and interacted with each other. “Then I could determine if, for example, the heating and air-conditioning systems were in competition with one another and using too much energy as a result?”

The EXEED framework was “very useful” in identifying and prioritising our energy efficiency projects, according to Dan O’Connor, centre manager at Charlestown. “One notable example was with the basement car park lights where we identified areas that needed light and conversely areas that could be reduced. The outcome was a two-third saving in capital cost while nearly doubling the energy savings from an earlier proposal that we had from another vendor. We also identified that due to poor controls we were wasting huge amounts of energy heating hot water for the toilets, which were upgraded as part of the project.”

Grants are available from the Sustainable Energy Authority of Ireland to cover some of the cost of energy efficiency improvements. These include up to 50 per cent of the energy consultant’s fee and 30 per cent of the capital cost of implementing any efficiency changes. In addition, building owners and tenants can also bag credits from their energy supplier for the energy savings they make over the first year after implementation – these credits typically work out at about four cent per kilowatt hour saved.

One of the cost-efficient ways to make energy savings is on lighting. LED light bulbs, for example, are up to 90 per cent more efficient than traditional incandescents and can last up to 25 years. When you consider the number of lights in a shopping centre or office block, changing over to LEDs – as was done in Charlestown – can dramatically reduce energy usage. “The centre is looking like new again [from all the new LED lights],” says Mr O’Connor. “We are truly delighted with this project.”

Mr Wheatley believes there is a compelling business case to be made for energy savings. “The payback period is well within the typical 18 months to two-year investment horizon of most companies,” he says. “Energy efficiency is no longer about being green, it’s about return on investment. And investing money in saving energy doesn’t just apply to large buildings, like office blocks and shopping centres. You’ll find that the payback on smaller premises is actually quicker as they tend to pay more for their electricity than bigger users who can cut a better deal per unit of electricity used with their suppliers.”

While Mr Wheatley observes that adopting an energy-saving approach offers a bigger bang per buck invested, generating electricity from solar panels is very close to becoming a “realistic commercial proposition” for the owners of buildings, he says, particularly those with large roofs.

A recent report produced by KPMG for the Irish Solar Energy Association suggested that the sector could sustain 7,300 jobs and meet 7 per cent of Ireland’s electricity demand. Solar already supplies 7 per cent of Germany’s power and it’s on a similar latitude to Ireland.

Meanwhile, the cost of solar photovoltaic panels continues to fall rapidly as competition from Chinese manufacturers intensifies and the technology improves in terms of power generated and cost of manufacture. However, as yet, solar is the only form of renewable energy that does not receive some form of subsidy to aid its development.

“As things stand without subsidy, a solar energy investment would typically offer an 8-9 per cent return over the 20-25 years of its life,” says Mr Wheatley. “In general, it pays for itself after six to seven years and thereafter it’s all profit. It’s interesting, in the current low interest rate environment, that investors with long-term horizons, like pension funds, are considering funding solar projects to share in that 8-9 per cent return. They fund the solar project while the owners of buildings effectively rent them their roof spaces. Solar is one to keep an eye on.”

Slashing its energy bills: How Charlestown did it

SmartPower did a two-week energy audit of the Charlestown shopping centre and suggested a number of energy-saving opportunities which it estimates will save €61,317 a year – or 25 per cent of the landlord’s electricity bill.

Installing a new hot water cylinder which reduced the use of the district heating pump.

Installing variable speed drives on the district heating pumps meant the pumps no longer had to work at 100 per cent output during the warmer summer months which allowed for significant energy savings.

Upgrading insulation on parts of the centre’s district heating system.

As Charlestown’s mall roof is made of glass, the centre experiences significant solar gain on warm sunny days which then places increased demands on the air-conditioning system. By installing a new controller with rain and light sensors to control the roof vents, a “chimney system” to naturally vent the building is now used to reduce energy consumption.

A comprehensive energy management system has also been put in place which has identified further projects and savings.