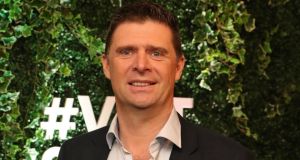 Niall Quinn: ‘I think if we can put something in place that keeps the best young kids at clubs, League of Ireland clubs’ Photograph: Colin Keegan/Collins

Former Republic of Ireland international Niall Quinn says he has had “an amazing response,” to his suggestion that the government provide tax breaks to companies willing to invest in sport.

Quinn believes a development could pave the way to the transformation of the way young footballing talent is nurtured here as well as a much better deal for those who enter the system but ultimately don’t make it to the highest levels of the game.

Quinn first floated the idea before Christmas and says that the response since has been positive enough to persuade him that a detailed proposal could be put to government in the not too distant future.

Speaking at the launch of the Spring schedule at Virgin Media where he is one of the match night analysts on the Champions League coverage, Quinn spoke enthusiastically about what is a wide-ranging scheme, the core of which is to have major firms contribute to the development of an academy system that would produce better young Irish players and help equip those who don’t make the grade with a meaningful education.

“I think we have over 70 Pro Licence coaches in this country and I think something like 10 of them are in full time work so that it will tell you where the industry is,” he says.

“What can happen? I don’t know. But I’ve got some really good people in touch from all walks of life . . . from multinational companies, from big education centres, famous universities; there is a great will out there to put something better on the table for our industry.

“I think if we can put something in place that keeps the best young kids at clubs, League of Ireland clubs. If they turn out to be good pros and it looks like they are going to be good footballers then they automatically stay for another three years and if they don’t, then their college fees are automatically paid for three years so they are guaranteed an education. That’s the bit at the bottom of it all that makes sense to me.”

Quinn says that he respects the job that the FAI is attempting to do “on a very, very, very limited budget,” although it seems rather telling that he has not spoken to the association, insisting that his first port of call will be the government who, he acknowledges, might point him in the direction of Abbotstown.

Going there in those circumstances, one presumes, would oblige the association to take him seriously.

Either way, it is, he contends, “a now-or-never moment to think differently. I think it’s time certainly for the Government to look at it a little bit differently.

“Everyone’s looking for money from the Government, I get that, but I’m flabbergasted when I look at other countries and the support that they get, the structures they have. Is there a will here to help our industry along given that we are the biggest participation sport in the country.

“With the greatest of respect to the rugby guys; Johnny Sexton’s great moment . . . I was actually in Paris for it and it was excellent but I saw Neil Francis did a column on it recently: ‘Greater than 1990, the country stopped in its tracks’.

“I’d have our sport above rugby all day long for potential grants, but rugby is so good, they have some great people who have done a great job. But it’s time now football got a fair deal.”

1 Tianna Bartoletta: ‘After you’ve gotten your medal, you become black in America again’
2 Ian O’Riordan: An education in race and running during college days in America
3 Betting shops face uncertain future as they prepare for Monday reopening
4 The Irish Times shutdown sports quiz: Part three
5 Timo Werner giving up on Liverpool dream on path to being truly wanted
Real news has value SUBSCRIBE
Crossword Get access to over 6,000 interactive crosswords