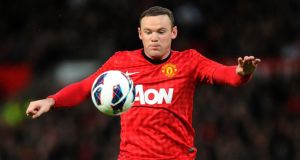 The England international’s Old Trafford future has been up in the air ever since former manager Alex Ferguson claimed in May that he had asked to leave.

Rooney’s situation remains unclear three months on, with new manager David Moyes yet to call on the 27-year-old.

Chelsea have made two unsuccessful bids for Rooney, who was understood to be “angry and confused” at comments made by Moyes that Van Persie is his number-one attacking option. But the Dutchman hopes that Rooney can work a way through whatever issues he may have.

“Everyone wants Wayne to stay and deep down I think he feels the same,” he told The Sun Sunday. “One of the reasons I joined Manchester United was to play with Wayne. I hope he stays. Not only is he a great goalscorer, he does so much work across the pitch.

“He hates to lose - that’s why you see him one minute pressing for goal, the next minute defending ferociously. He is an asset to any team. He will come good again. He is a strong lad.”