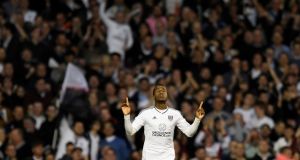 The most valuable single game in world football is this weekend’s Championship playoff final in which Fulham battle Aston Villa for promotion to the Premier League. It has been estimated this one match is worth €200 million to the winner. However, for long-suffering Fulham fans like myself there is much more at stake than mere money.

Fulham have not won a single major trophy in their 139-year existence, making Saturday’s encounter easily the most important game in its history. It is 43 years since our last visit to Wembley, when a Fulham team including Bobby Moore lost the 1975 Cup final to his former club West Ham.

It is easy to fall in love with Fulham. Craven Cottage is the most scenic football ground in England with its Thames-bank location making it a landmark of the annual Oxford-Cambridge Boat Race.

Indeed, the club’s affluent location is often picked up by visiting fans who chant “You only sing when you’re rowing” and “Does your butler know that you’re here?”

However, Fulham have experienced more than their fair share of life in football’s doldrums. I recall one game against Aston Villa in which the only memorable incident was watching club mascot Billy the Badger get sent off for the hitherto unknown offence of break-dancing during play. The Sun published an article headlined “Billy puts the Bad into Badger” in which Billy apologised to referee Chris Foy, explaining that owing to his poor eyesight he had not realised that the game had started; a failure of perception shared at that time by many members of our first team.

Then there was an FA Cup replay against Sheffield United which was so awful that midway through extra time ITV host Adrian Childs promised £5 to any viewer who wrote in to prove they were still awake. After two hours sitting in the torrential rain I watched Fulham concede a goal in the dying seconds of extra-time to lose 1-0. Nobody ever claimed the fiver.

But mixed in with the lows are some momentous highs like our run to the Europa League final in 2010 in which we forced Athletic Madrid into extra-time before finally succumbing 2-1. The run included a dramatic comeback from 4-1 down to 5-4 up against Juventus at Craven Cottage.

This season has been the most up and down in the club’s history. In November Fulham were 17th in the table, but then went on a record breaking 23-match unbeaten run, a sequence no team in England could match this season.

This transformation occurred against the backdrop of a remarkable power struggle between manager Slaviša Jokanovic and the club’s director of statistical research Craig Kline.

Based on his data-analysis Kline blocked low-budget moves for Aaron Moy, Glenn Murray and Tammy Abraham, all of whom went on to have excellent seasons elsewhere. Instead, Kline’s secret algorithms led to a number of “Moneyball” signing including Marcelo Djalo, Rafa Soares and Yohan Mollo.

The one flaw with this recruitment strategy was that although Jokanovic could be required to sign these players he could not be forced to play them. This led to a standoff, with Jokanovic preferring to select academy players rather than the “data” signings, who were then demoted to the under-23 team, only for Kline to instruct the manager of the under-23s not to pick them. The power struggle was eventually won by Jokanovic when Kline was fired.

Even this descended into farce when Kline called the police to the training ground where over a picnic table he outlined his grievances. Jokanovic and other senior club officials huddled together in a nearby office in case the police wished to talk to them. Happily they did not, and the rest of the season is history.

Jokanovic remains the most underrated manager in England despite an impressive CV that includes getting Watford promoted to the Premier League and Maccabi Tel Aviv into the group stage of the Champions League.

As well as insisting that Fulham play attractive football, Jokanovic has a remarkable eye for identifying talent. Working with a limited budget he brought in players such as Republic of Ireland international Cyrus Christie, signed for a bargain £2 million.

But the season’s defining moment was a speculative Snapchat message sent late on transfer deadline day by Jokanovic to his fellow Serb Aleksandar Mitrovic, inquiring if he had completed his move to Anderlecht. As it happened the proposed move had just collapsed, and within the hour Mitrovic was on loan to Fulham where he scored 12 goals in just 19 league appearances.

And then there is child prodigy Ryan Sessegnon. He joined the club at age eight, trained with the first team at 15, and would have made his full professional debut then but for child labour laws that prohibited him from playing until he turned 16.

This season Sessegnon appeared in every league match and was our leading goal-scorer with 16 goals despite spending much of the season at left-back. So highly is he rated by his fellow professionals that they made the 17-year-old the first ever non-Premiership player to be nominated for the PFA Young Player of the Year award.

Prior to this season Fulham had the worst playoff record in English football having failed to win any of our first seven such matches against the likes of Grimsby Town, Bristol Rovers and Reading, who eliminated us at the semi-final stage last season.

Hence any defeat to Aston Villa at Wembley would be difficult to stomach even for Fulham’s most stoic fans. As John Cleese’s character in the film Clockwise accurately explained: “It’s not the despair, I can take the despair. It’s the hope I can’t stand.”