However, opposition in Rio likely to prove much more formidable 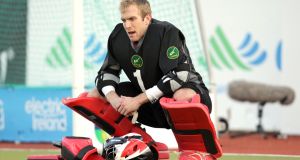 Two wins over France in midweek was a great boost for Irish team morale in this, the most important year for the sport since the Olympic Games entered into Irish public consciousness in the 1980s.

On that occasion it was for entirely different reasons with manager Con Lynch resigning because Ireland declined to forward a team to the Games.

All has changed utterly for the good but Ireland need not feel complacent after the two wins over a side that failed to qualify for Rio.

Craig Fulton is not the World Coach of the Year for nothing and, with France ranked 17th in the world to Ireland’s 12th, he’ll put the home wins into perspective.

Holland, Germany, Argentina and India are ranked above Ireland in their Rio pool. Canada, also in the pool, are ranked two places below Ireland at 14.

What it means is Ireland with the exception of Canada, who Ireland drew with twice and beat twice in the recent training camp in South Africa, must beat teams ranked far above them when they get to Rio.

The team did just that last year when picking up the first ever bronze medal at a European Championships and so there is evidence that come the moment Ireland can compete with some success against the perceived heavyweights.

Tough going. When Ireland met Spain, ranked 11th in the world, in South Africa they went down 3-2. When they played higher-ranked Belgium twice in Cape Town 12 goals were conceded as they slumped to 6-2 and 6-3 defeats.

Fulton can look to South Africa as a hellish schedule of matches and training, where Ireland were without the world’s best goalkeeper David Harte.

Winning against France in Rathdown was encouraging. But more matches against much tougher opposition will give a clearer picture of the Rio landscape.