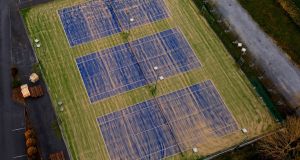 With tennis joining golf as one of the two canaries in the Covid-19 mine, Tennis Ireland are putting the finishing touches on ‘Return to Play’ protocols for phase one of the opening of the sport in Ireland. They are expected to arrive to over 180 Irish clubs today.

“This is a big responsibility on the tennis community as one of the first sports to come back,” said Tennis Ireland Chief Executive Richard Fahey.

“It is very important our members follow protocols and guidelines. We would not wish to be responsible for further outbreaks or to be a reason other sports are delayed or do not open. Our thinking is that if clubs feel they are not ready they should not open.”

Already a series of ‘dos’ and ‘don’ts’ have been established with Leinster Tennis getting out early through their Tennis Webinar - Return To Play Protocols Phase 1, where they have posted a number of procedures. Tennis Ireland’s guidelines on Friday will cover the same ground but in much more detail.

The first essential is that play will resume on outdoor courts only with play on indoor courts not likely to take place until phase three on June 29th.

The booking of courts will also adhere to strict protocols with names and contact numbers of members at the forefront of returning to play. The clubs should also stagger the start/finish times on neighbouring courts with five or 10 minute intervals between bookings so that players are not all arriving and leaving court at the same times.

A booking phone number will be required which will be communicated extensively to other members and no play will be allowed without advanced booking.

That means there will be no ‘walk ups’ and no spectators allowed around any of the courts with children requiring an adult to be with them. Nobody will be allowed on site without all names given in advance in order to aid contact tracing if the need arises. Also, each club will be expected to police their gate or entrances into the premises.

Policing is important as clubs will be asked to leave gates in the open position, again to counter possible transmission by multiple touching.

There are also management protocols to be put in place for the effective cleaning of the gates or doors in the morning and the evening. Clubhouses, as in golf clubs, will remain closed and therefore there will be no toilet facilities.

Defibrillators, if they are inside the building will require emergency access only.

Players will also be asked to handle only their own tennis balls. In that instance for singles each player will bring a sleeve of balls clearly marked as theirs. They should then only handle those balls during serving, the most obvious time players make personal contact with the ball.

Only singles will be permitted unless the two players on the same team are from the same family.

“There’s a lot in it, probably 30 different things,” said Mr Fahy. “We are recommending that each club will form a Covid-19 committee if they haven’t already done so. That committee would be responsible for managing the club’s response if that’s the financial issues facing the club or the operational issues the club will have to face as part of the re-opening.

“They will make sure that the opening is safe and that the sanitizers and cleaning material is all in place and to contact their insurers to make sure they have the right level of cover in place.”

The protocols will only relate to clubs in the Republic of Ireland.