September Road: The long and the short of pitches 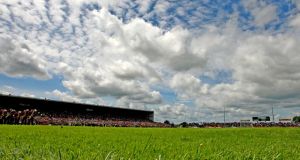 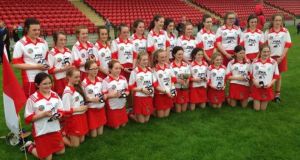 PITCHES: The long and the short of it
A few weeks back the pundits on The Sunday Game put forward the opinion that while the Roscommon footballers had done well to stifle Mayo’s running game in their Connacht SFC semi-final, their task was made that bit easier by the game being played in the tight pitch at Dr Hyde Park, and that such an achievement would be a lot harder were the two sides to meet later in the year on the wide open prairies of Croke Park.

But the SG team were simply being thrown by the same optical illusion that often leads to pitches being labelled “tight”.

The height of the stands/terraces around a pitch, or indeed a lack of the same, can confuse your eye when attending a game, while on television a low camera angle can make a pitch look far smaller than the reality.

The official rules say that all playing surfaces be 130m minimum to 145m maximum in length and 80m-90m in width.

Strangely this means that a pitch in which the centre-field mark treble-jobs as both 65s is legal – and yes we can confirm that such pitches do indeed exist.

Getting a definitive answer on pitch sizes at county grounds can be difficult though. Widths can fluctuate depending on a groundsman’s whim, and there are instances such as when one well-known current TV pundit shaved metres off his county ground’s width when faced with some particularly dynamic wing-forwards in a qualifier game.

Croke Park in contrast measures 144m x 86m. If we were to stick our necks out and suggest a smallest county pitch, we’d go for St Conleth’s Park in Kildare (135m x 80m).

The long and the short of it is that while there are fluctuations between pitches, in most cases the difference wouldn’t be enough to influence a team’s game plan.

All this means that Maurice Fitzgerald’s famous point from the sideline for Kerry back in 2001 in Thurles was even better than we thought at the time.

SUSPENSION BRIDGE: Waterford miss out
Brendan Donaghy, Kieran Toner and Andy Mallon will all miss Armagh’s Ulster SFC semi-final clash against Monaghan after the one-match bans arising out of the pre-match brawl ahead of the game against Cavan were upheld by the GAA’s Central Hearings Committee (CHC).

The Cavan duo Martin Dunne and Fergal Flanagan were also banned for one match and did not contest their suspensions. Both counties were also fined €5,000 for the melee at the Athletic Grounds on June 8th.

Armagh had also appealed the fine, but Friday night’s meeting of the CHC at Croke Park upheld the charge of “disruptive conduct at games by players, not causing the premature termination of a game”.

Donaghy and Mallon were both charged “with striking with hand and behaving in any way which is dangerous to an opponent” while Toner was charged with “attempting to strike with hand”.

At least the Armagh boys got to plead their case. Waterford hurler Brian O’Sullivan got a retrospective two-match ban for an incident from their replay against Cork, but the county board forgot to tell O’Sullivan and his window for an appeal had shut.

THEY SAID THAT? Twitter twaddle
@UlsterCamogie Division 1 Champions Loughgiel Shamrocks (above) who defeated their visiting guests Cashel 3-3 to 1-5 @feilegaa

@BoringPatHorgan I just hit a sliotar with a tennis racket. It was like pouring Coke on your Corn Flakes. It felt good but just didn’t work out.