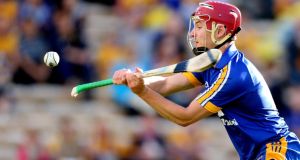 The Gaelic Players’ Association will be investigating the claimed “humiliating double-standard” treatment that two Clare hurlers claim they received from manager Davy Fitzgerald forcing them to depart the panel.

Davy O’Halloran and Nicky O’Connell, both All-Ireland senior winners in 2013 told The Irish Times on Saturday that they were isolated and humiliated by the punishment they received for a disciplinary breach, and infuriated that another senior member of the panel avoided the same treatment for what they deemed a more serious breach.

The GPA today confirmed to The Irish Times that they are currently investigating the matter, although they were unwilling to comment further.

So far it is believed that neither of the two players involved have been contacted by the GPA or any relevant member of the GAA or the Clare County Board.

On Saturday morning it was claimed by O’Halloran, man of the match in the 2013 All-Ireland Under-21 final, that the punishment they received for being caught on a night out two days prior to a game included being denied access to the team changing rooms, being forced to tog out separately, being prevented from wearing the panel’s gear to training and being unable to be involved in matches or travel to them. No dialogue was allowed with other team mates at sessions and the pair would be made to train alone in a corner of the pitch doing intensive physical work.

The pair claim that they were only out because they were both injured – O’Halloran was sidelined for five weeks due to a hamstring complaint – and that they were not drinking.

O’Halloran says that when it emerged that another more senior member of the panel was caught by a selector consuming alcohol and that he was told that no action would be taken, himself and O’Connell opted to refuse the draconian punishment.

The pair then penned a letter explaining their reasons for leaving and handed it to one of the team’s joint captains to read out in the dressing room. The letter is then claimed to have been ripped up by Fitzgerald who did not read it out.

There was also a third player involved in the discipline breach and having joined the pair initially in their defiance of the treatment it’s believed that he then changed his mind and accepted the treatment. He remains on the panel.

In talking to The Irish Times and also in his post-match comments after Clare defeated Dublin last Saturday in the Allianz League, Fitzgerald denied there was a “double standard” in the treatment of players, although the terms of the punishment were not denied.

This has then set the GPA upon their investigation, although the GAA have said that at this time they will not be taking any action. They have yet to receive an official complaint, although they have not ruled out looking further into the incident if they do receive a complaint or further evidence.

It’s believed that the GPA will speak to both parties in the course of their investigation.