Infertility and the workplace: one woman's experience

For Anne, the experience of working while going through infertility treatment was both a mental and physical challenge 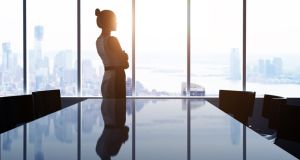 I had no idea how much it affects your mental health. I started to suffer anxiety when I was going through IVF, particularly after it didn’t work.

Anne* was told she would “never get pregnant” because she had no eggs. She went through two rounds of IVF, both of which failed, but ended up getting pregnant soon after – twice. She now has two children, aged six and eight. “We turned out to be the most fertile, infertile couple ever,” she says.

Going through IVF while working full-time was hard: “Even when I talk about it now, I feel weak. My body’s response is to go limp. I had no idea how hard it was going to be, both mentally and physically.”

Did you discuss the fact that you were going through fertility treatment with colleagues?

I told just one person that I worked very closely with. You don’t want to be telling everyone because then everyone would be asking how you are getting on and would know if it didn’t work and you don’t want pity. You also don’t want the experience you are going through to define you in the workplace.

Did you discuss it with employers?

I was lucky in that I got on well with my manager so I was able to tell her and I did get her support. She was very good about it but at the same time I felt like I was under compliment. I knew that if we had not had a good relationship, I wouldn’t have been able to tell her. And because her support felt almost like a favour she was doing me, I felt under huge pressure. I was really conscious when I went out for scans and blood tests to get back to the office fast.

Did you feel it was a difficult subject to bring up with your colleague?

It was tough but once I did I was glad. I told her I would tell her if anything happened but said “please don’t ask me”. You have to pick who you tell because it’s very private.  I was glad I did though because you need a shoulder to cry on if it doesn’t work.

What’s a typical routine like during a fertility cycle?

I had to give myself injections daily, sometimes twice a day. Mostly I did it at home but at times I’d have to go into the bathroom at work. I had to go to the clinic every second day for blood tests too because I had cysts and they had to be sure the fertility treatment wasn’t having an impact on them. It was so full on. What you are going through is in your head all the time, so work offered me a welcome chance to escape my thoughts for a while.

What other things might a person expect to plan for during a fertility cycle when at work?

I had no idea how much it affects your mental health. I started to suffer anxiety when I was going through IVF, particularly after it didn’t work.  Also, I wasn’t prepared for the way it affects your emotions. You have all these feelings, including anger, that you aren’t expecting. I wish I had realised that that is all very normal. I also wish the clinic had suggested a support group to talk to, that would have helped.

When you went for checkups in the clinic did you tell your employers?

Apart from my manager, no. In hindsight I wish I had gone to HR and told them what was going on so that they would know that, for the next six or seven weeks, I’d need to come and go. Even though my manager was great, people don’t always fully understand. The clinic would say I had to be there at a certain time on a certain day and my manager would say ‘But it’s a deadline day, can’t you go tomorrow instead?’. IVF doesn’t work like that. You have to be at the clinic when they tell you. It would have been nice to be able to organise my own time just for those few weeks, without having to say where I was going each time, and for that to have been sanctioned officially by HR.

What advice would you give to someone facing into a fertility cycle while working?

Be aware of the mental toll it takes, as well as the physical one. Sometimes you can feel a bit sick. Remember to try and eat healthily and drink lots of water. I’ve since learned a lot about breathing techniques and mindfulness that I wish I had known then because it would have helped. I’d advise you not to let the treatment consume you but, of course, it does.

Do you think HR should play a role in supporting people going through fertility treatment?

I think it would help if there was greater recognition given to it. With one in six couples facing fertility issues, it’s something every workplace needs to have greater awareness of.  Personally I felt like a rabbit caught in the headlights the entire time and I didn’t know of any support groups out there to help. Maybe they are there now. I hope so.

*not her real name

For more on the Let’s Talk about Fertility series see irishtimes.com/fertility

Vhi has partnered with The Irish Times to host an online Fertility Hub, with articles and podcasts about planning a family and what to do if you need help.