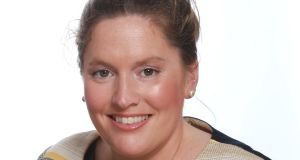 Nessa Fennelly, acting director of the Irish Medtech Association: “We must ensure we have the right environment to retain our competitiveness.”

Already ranked among the world’s top five industry hubs, the Irish medical technology sector is aiming to gain an even greater slice of a global market set to be worth €530 billion in 2024. “The medtech sector employs over 40,000 people in Ireland,” says Nessa Fennelly, acting director of the Irish Medtech Association, a business association within Ibec that represents more than 250 companies.

“Nine of the world’s top 10 medtech companies have a base in Ireland and 60 per cent of the 450 companies in the sector are indigenous,” she adds. “Four our of five of those indigenous companies are either start-ups or SMEs. Overall, the sector accounts for exports of €12.6 billion. Ireland competes in the same space as other global hubs like Massachusetts, Minnesota and California.”

The scope of the industry is vast with European medtech industry body Eucomed estimating there are more than half a million different medical device product groups available on the market at present. “Medical devices range from bandages to artificial hearts as well as cardiovascular stents, orthopaedic knees, wheelchairs, contact lenses and MRI scanners,” Fennelly adds. “Ireland manufactures 80 per cent of stents used globally, 75 per cent of orthopaedic knee replacements, and 25 per cent of injectables for diabetes sufferers.”

The industry’s roots in Ireland go back a very long way. “It started back in 1935 with Johnson & Johnson,” Fennelly notes. “They were followed by Abbott in 1946 and then Siemens in 1966. More major players arrived after that.”

Growth since the 1990s has been quite rapid. “It expanded from about 50 to more than 450 companies since then as this country became a location of choice for the industry. Ireland is a gateway to Europe, which is the world’s second-biggest market for medtech valued at €115 billion. In the past year alone, more than €500 million of new investments, expansions and funding for start-ups has been announced.”

With strong clusters in Galway, Limerick, Cork, Sligo, Waterford and Dublin the industry also has a very good regional spread. “The range of employment opportunities is also very good with roles varying from manufacturing to R&D, sales and marketing, quality assurance and so on,” she adds.

The Irish Medtech Association’s goal is for Ireland to remain a global leader in the development and production of innovative patient-centred products and solutions as well as to gain a greater share of that €530 billion market. “We must ensure we have the right environment to retain our competitiveness and we have to keep upskilling to maintain our world-class talent pool.”

The association has identified key priority actions which will assist in reaching that objective. “The first is to drive our future,” says Fennelly. “We will identify and influence key areas such as trade barriers, skills needs and changes to the business environment. We want to achieve the potential of the cluster by assisting companies to utilise it to expand and achieve their potential developing new technologies from concept to market.”

Digital health is another priority. “We will facilitate co-operation between sectors such as pharmaceuticals, biotechnology and ICT and realise the potential to use technological innovations to help patients. We also want to see the development of policies and conditions to ensure entrepreneurship can thrive, such as facilitating new funding opportunities.”

A particular area of focus for the association this year has been gender. “We’ve been working with member companies on our gender leadership strategy inspiring girls – supporting female leaders,” says Fennelly. “As part of this we conducted research among 117 companies. This showed that progress has been made. Thirty per cent of the companies surveyed have formal mentoring programmes for women in place, and 18 per cent have career progression programmes for women. However, 76 per cent of them still don’t set targets for representation.”

A core aspect of the strategy is to involve male leaders. “Senior leadership teams in the industry are still mainly male and they need to be involved in the discussion. You can have all the programmes in the world, but they won’t work if they are not led from the top. We have got great support from executive leadership teams for the programme.”

At a practical level, the Irish Medtech Skillnet has received funding from Skillnet Ireland for a training programme for women returnees to the industry.

Turning to the industry response to Covid-19, she says the collaboration between the sector and government agencies has “worked incredibly well”. “Our members worked with the Health Service Executive on the delivery of a Covid-19 diagnostic tool within 10 days, for example. The HSE and the Health Products Regulatory Authority probably don’t get enough recognition for the work they did with industry,” she concludes.