Supreme Court tells Oireachtas to police itself or face consequences 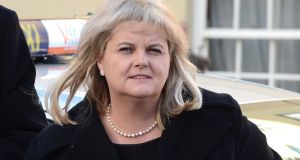 The Angela Kerins case just won’t go away. Even after yesterday’s Supreme Court judgment – a follow-up to its principal judgment delivered in February – it’s still not likely done. Ms Kerins may yet sue for damages following yesterday’s declaration by the Supreme Court that the Dáil Public Accounts Committee (PAC) had in fact acted unlawfully back in 2014 in treating her as it did. In the February judgment the judges had not quite made that determination. Rather they had determined that they were open in principle to doing so: that the Constitution did not block them from doing so.

It was that February ruling that surprised many constitutional scholars. Kerins, after all, had got short shrift in the High Court in 2017. The president of that court, Peter Kelly, rejected her application without getting to the point of seriously considering the detail of her particular claim. He did so on the basis of the various immunities afforded to the Oireachtas by article 15 of the Constitution, including that members of the Oireachtas cannot be made “amenable to any court” in respect of “any utterance” they make in the Oireachtas.

Critically, Mr Justice Kelly interpreted the particular immunities in article 15 in light of their broader purpose. They were not concerned with protecting individual parliamentarians themselves. Rather, they were concerned with ensuring that parliamentarians, in carrying out their constitutional functions, could not be intimidated by the threat of litigation. This “purposive interpretation” made for more robust protection of the Oireachtas, and meant that the detail of Kerins’s case was not even up for consideration.

The Supreme Court, in both its February judgment and its judgment yesterday, preferred a forensic, text-focused approach to Mr Justice Kelly’s contextual approach. This had the effect of downplaying the historical pedigree of the article 15 immunities more generally – which on any analysis can be at least broadly traced to the Bill of Rights 1689 – thus softening the ground for an interpretation of them that allowed Kerins to sidestep them. It also reduced the relevance of their broader purpose, which in turn, I argue, meant that any chilling effect that a ruling in favour of Kerins might have could more readily be reconciled with the Constitution.

In practical terms, this more formalist reading of the provisions meant the court was not blocked by the Constitution from at least considering the detail of Kerins’s claim.

Once we had that February ruling, this follow-up ruling delivered yesterday was expected. The focus this time was on the detail of the terms of invitation to Kerins by the PAC in 2014, and of the nature of the PAC’s questioning of her ultimately. In short, letters sent to her on behalf of PAC indicated that the hearing would be concerned with how certain State funding had been spent by Rehab, the organisation of which she was chief executive. In the event, she was questioned about matters which, in the court’s view, deviated from the terms of the invitation to such a degree as to count as unlawful.

The other matter that concerned the court this time around was whether what Kerins complained of could be characterised as actions of PAC as a whole, or merely as actions of individual members of PAC. If it were the latter, then the article 15 provisions protecting individual utterances might be such as to block judges from finding in favour of Kerins. On this point, although they noted that only three members of PAC had deviated from the terms of the invitation in their questioning, the judges were satisfied that PAC had acted in unison. The fact that the chair of PAC was one of the three offenders was critical here, as was the failure of the non-offending members to object. This meant that they could find that PAC, rather than its individual members, had acted – and they could find an action of it unlawful, which they did.

One could certainly quibble with the reasoning on these more technical points. We must bear in mind, however, that the judges will have carefully parsed the transcripts of PAC’s proceedings and the letters of invitation. This is not to say that intuition doesn’t ultimately play its part in their conclusion, but it does mean that it plays less of a part than it does for the rest of us.

There is one critical point of constitutional principle in yesterday’s judgment. Just as in February’s judgment, the judges are at pains to suggest that if there is a concern that their interference here would diminish the autonomy of parliament and thus the health of our democracy, then the solution lies in the hands of parliament itself.

They emphasise again that if the Oireachtas implements a formal parliamentary mechanism through which persons in the position of Kerins could complain and ultimately seek a remedy, then that would effectively restore the constitutional immunity. Effectively the judges are saying to the politicians: “You must have rules and you must have a mechanism for policing them. If you do, then we’ll leave you at it.”

1 Coronavirus: Further two deaths in Republic as expert warns against ‘rush’ to ease restrictions
2 Normal People Class of 2020: The nine college friends in the series
3 We need to pay very close attention to what is happening in Britain now
4 Changes to Covid-19 payments to be considered next week, Minister says
5 Simple restorative exercises that can improve your posture after all the sitting
Real news has value SUBSCRIBE