Election manifestos are strewn with commitments to increase transparency and accountability. 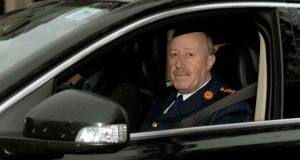 The Oireachtas banking inquiry reviewed some 500,000 pages of documents from banks, government departments and State agencies.Yet not a single official document was provided relating to the marathon overnight meetings in Government Buildings that led to the blanket bank guarantee.

Hamstrung, the inquiry had to rely on the recollections and scribbled notes of those who attended some or all of the meetings on September 29th and 30th, 2008.

The fact that no formal minutes or official documents survive from such crucial meetings is troubling but not surprising. Successive inquiries and reports into matters of significant public interest have revealed that when it comes to government decision-making, “off-the-record” practices too often prevail.

The Fennelly commission was stymied by the lack of a paper trail of evidence when it tried to ascertain the sequence of events that led to the retirement of former Garda commissioner Martin Callinan. Fennelly was unable to find any notes or records of the four-hour meeting at which the Taoiseach instructed a secretary general to deliver a message to the Garda commissioner in his home.

In an interim report, Mr Justice Nial Fennelly publicly registered his “astonishment at a system of public administration which apparently quite deliberately adopts a practice of not keeping any record of a meeting where an important decision is made”.

Will official Ireland learn the lessons from these and other inquiries by ensuring that major government decisions and actions are documented to a standard that can withstand independent scrutiny? Or will it cleave to the approach, widely ascribed to a Boston mob boss, of “never write if you can speak; never speak if you can nod; never nod if you can wink”?

An effective way to do this is to introduce a legal “duty to document”, obliging public bodies to create and maintain full and accurate records of their activities. These would include minutes of meetings, briefing notes, memorandums and written policy advice.

Similar statutory obligations exist in New Zealand and some Australian states. The introduction of a duty to document was also recently recommended in Canada after an official inquiry into the triple deletion of emails by political staff in order to skirt freedom of information laws.

A legal duty to document need not be burdensome. It does not mean denying ministers and senior officials a “safe space” for sensitive policy discussions. Nor does it require recording every single meeting or preparing file notes of every conversation.

What it does require is that, as matter of routine, government ensures that it produces and maintains the evidence base needed for accountability purposes. In other words, all significant decisions and actions should be documented to a standard that allows others to understand the reasons why a decision was made or an action taken.

This is basically a risk-based approach: it requires officials to anticipate the potentially harmful consequences of not creating adequate records of significant events and decisions. The types of consequences that officials should consider include damage to the government, the public health, the environment, public safety, the public finances, the public interest, etc.

Official guidance could be introduced, fleshing out details of what exactly the duty to document means in practice. For example, in Australia it means that officials should record and maintain significant decisions by ministers and the basis for them, including advice on options and risks, as well as meetings and discussions that may have policy or programme significance.

We have seen anecdotally with our experience of freedom of information laws that reforms aimed at introducing transparency into government affairs can create further temptation towards a culture of oral government.

However, such a misguided response only further underlines the need for a positive duty to document. The alternative is to wait for the next official inquiry to come along and tell us once more what we already know.

Nuala Haughey is project manager with the Think-tank for Action on Social Change. Tasc’s latest policy brief, Setting the Record Straight: Record Keeping for Good Governance, is at tasc.ie