‘A voice crying forever into the north wind of indifference’ 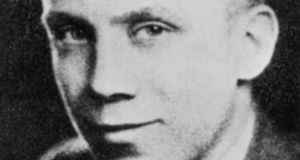 ‘Influenced by Zen and eastern spirituality, Thomas Merton defined contemplation as seeking God, coming to know one’s true self, and learning one’s relationship to the world. He regarded contemplation as the highest form of awareness.’ Photograph: Archive Photos/Getty Images

The Seven Storey Mountain, which recounts Thomas Merton’s spiritual odyssey from disbelief to faith, opens: “On the last day of January 1915, in a year of a great war, and down in the shadow of some French mountains on the borders of Spain, I came into the world . . . Not many hundreds of miles away they were picking up the men who rotted in the rainy ditches among the dead horses, in a forest of trees without branches along the river Marne. ”

Years later, when teaching in his Kentucky monastery, he was asked about hell. Turning to the war then raging in Vietnam, Merton said men have the capacity to create hell on Earth. But his idea of God was “mercy within mercy within mercy”. He accepted William Blake’s concept of Christ’s unconditional forgiveness and, citing Julian of Norwich, concluded that in the end all will be well.

The Franciscan theologian Richard Rohr made a surprising admission in his recent book, Silent Compassion: “Today we are living in a marvellous time, a time when the contemplative mind is being rediscovered . . . Thomas Merton almost single-handedly pulled back the veil and reintroduced the word contemplation to a Catholic Church that no longer understood it.”

In his last work (Cry of Wonder), Gerard W Hughes SJ discusses the potential of self- awareness and meditation for world peace.

The mature Merton struggled with questions about God’s existence, moral values and organised religion. His thinking extended beyond monastic walls to issues of social justice and inter-religious understanding. Daniel Berrigan described him as “a man crazed with caring about the human condition, a voice crying forever into the north wind of indifference”.

Basically it is coming into consciousness of the mystery of God living within us. He concluded that while everyone is called to be a contemplative, contemplation (like all prayer) is the gift from God. It is above our capabilities to achieve, yet the destiny for which we were created. In New Seeds of Contemplation he invites us to “cast our awful solemnity to the winds” and join in the cosmic dance.

Merton’s father was an artist born in New Zealand, his mother an American who died of cancer when he was six. Reared by his maternal grandparents in the US, he accompanied his father on painting expeditions overseas.

After his father’s death and an unhappy year at Cambridge, Merton transferred to Columbia University, New York, where he flirted briefly with campus communism.

He came to the church through writing an MA thesis entitled Nature and Art in William Blake. Reading James Joyce contributed also to his conversion. He applied to join the Franciscan order but was rejected for his wayward past.

The Franciscans gave him a job teaching English in St Bonaventure’s College, however, where he resolved to live as a monk in the world. Having spent the summer of 1941 doing voluntary work in the slums of Harlem, he was accepted as a monk by the Trappist Abbey of Gethsemani, Kentucky, where he spent more or less the rest of his life.

There is an irrationality at the heart of random ill-fate. Merton’s final journey was to Asia, where he met the Dalai Lama. He then travelled to Bangkok to address a Benedictine conference on December 10th, 1968. He said the purpose of the monastic life was to teach humankind to live by selfless love. His body was found in his room later that day. He had apparently taken a shower and slipped or suffered a heart attack and pulled a faulty electric fan on to him.

He had already remarked in his journal apropos the assassination of Martin Luther King and Robert Kennedy that 1968 was “a beast of a year”.